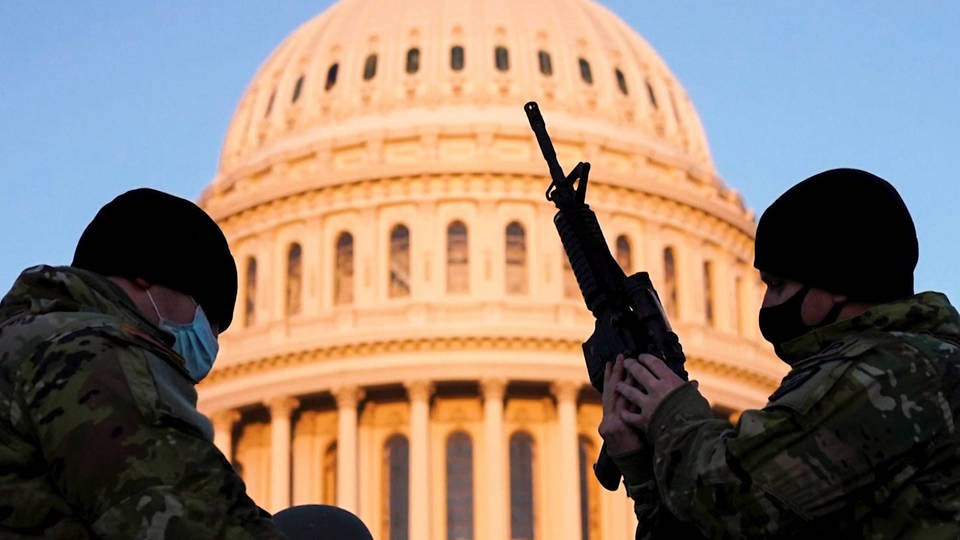 The FBI is warning police chiefs across the United States to be on high alert for right-wing domestic terror attacks before — and during — Joe Biden’s inauguration next week.

In Queens, New York, on Wednesday, federal agents arrested 40-year-old Eduard Florea, a leader of the far-right Proud Boys group, for allegedly plotting another attack on the U.S. Capitol. Authorities recovered over 1,000 rifle and shotgun rounds, along with knives, hatchets and swords.

The FBI also confirmed the arrest of Douglas Allen Sweet in Virginia. He was photographed with the mob in the Capitol last week wearing a shirt captioned “Camp Auschwitz” and “Work brings freedom” in reference to the Nazi death camp.

In Virginia, two police officers from the town of Rocky Mount were arrested after they boasted online about joining the insurrection. One of the officers is an Army veteran and trained sniper.