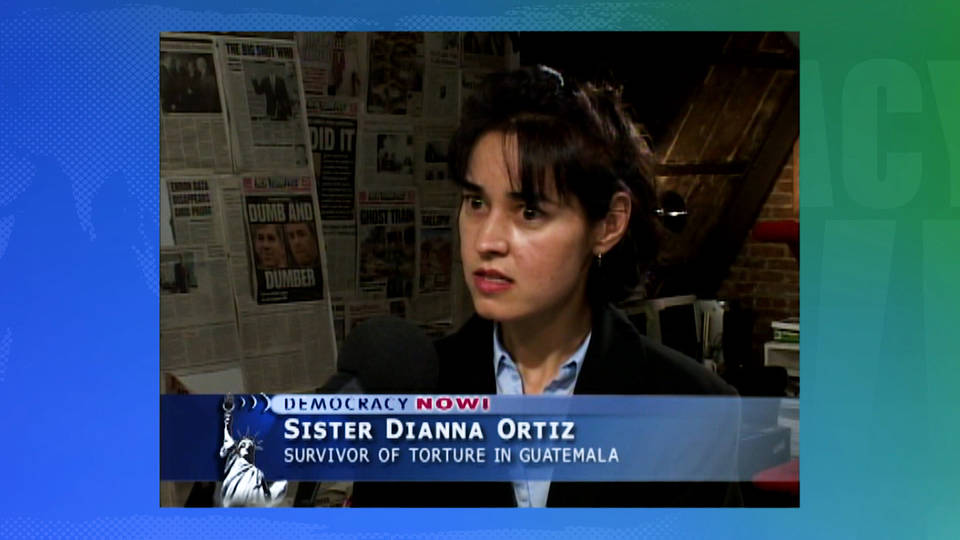 Sister Dianna Ortiz, a Catholic nun and outspoken opponent of torture, has died of cancer at the age of 62. In 1989, Sister Dianna Ortiz was abducted by members of Guatemala’s U.S.-trained military from the compound where she worked. Twenty-four hours later, she escaped. But within that brief period, her body had been burned with cigarettes, and she’d been raped, beaten and forced to torture a woman who was already near death. In her memoir, “The Blindfold’s Eyes: My Journey from Torture to Truth,” Ortiz wrote about U.S. complicity in Guatemala’s repressive political system and the torture and murder of more than 150,000 Guatemalans. In 2002, she spoke with Democracy Now! in our firehouse studio.

Sister Dianna Ortiz: “I really call on the American people: Please, do whatever you can to prevent torture from destroying and shattering more lives. Our government talks about ending the war on terrorism. Torture is a form of terrorism. So, that’s my plea.”