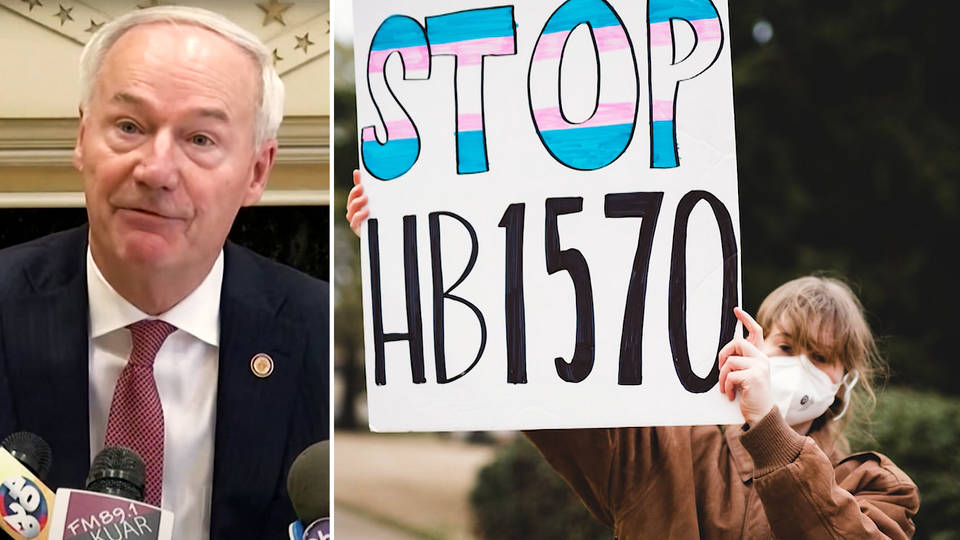 Gov. Asa Hutchinson: “House Bill 1570 would put the state as the definitive oracle of medical care, overriding parents, patients and healthcare experts. While in some instances the state must act to protect life, the state should not presume to jump into the middle of every medical, human and ethical issue. This would be and is a vast government overreach.”

The bill could still become law if Arkansas’s Legislature votes to override the governor’s veto. Republican lawmakers in at least 17 other states are considering similar bills. This comes just a month after Governor Hutchinson signed a bill into law aimed at banning trans women and girls from participating in sports.