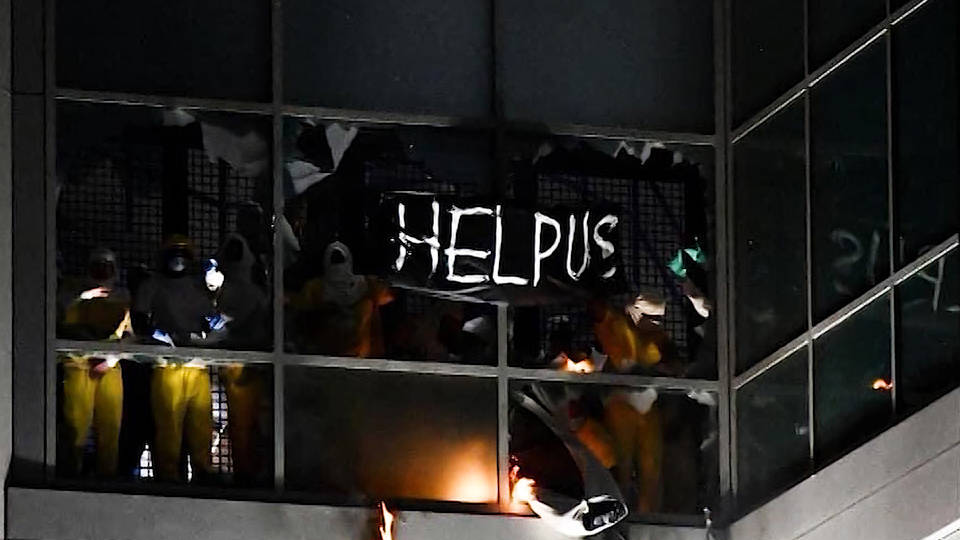 In Missouri, people incarcerated at a St. Louis jail led another uprising Sunday protesting the facility’s inhumane conditions during the pandemic and demanding an end to cash bail and for court hearings to be resumed. Videos posted on social media show prisoners standing in front of broken windows yelling and holding signs that read ”HELP US.” Others lit small fires and chanted their demands to people outside the jail. This is at least the fourth uprising at the St. Louis City Justice Center since December, according to the Associated Press.

Missouri state Rep. Rasheen Aldridge Jr. said in a statement, “The detainees are being held without trial and unable to pay their bail, causing a system that disproportionately puts poor and Black people behind bars. If we care about justice, these systems need to change.”