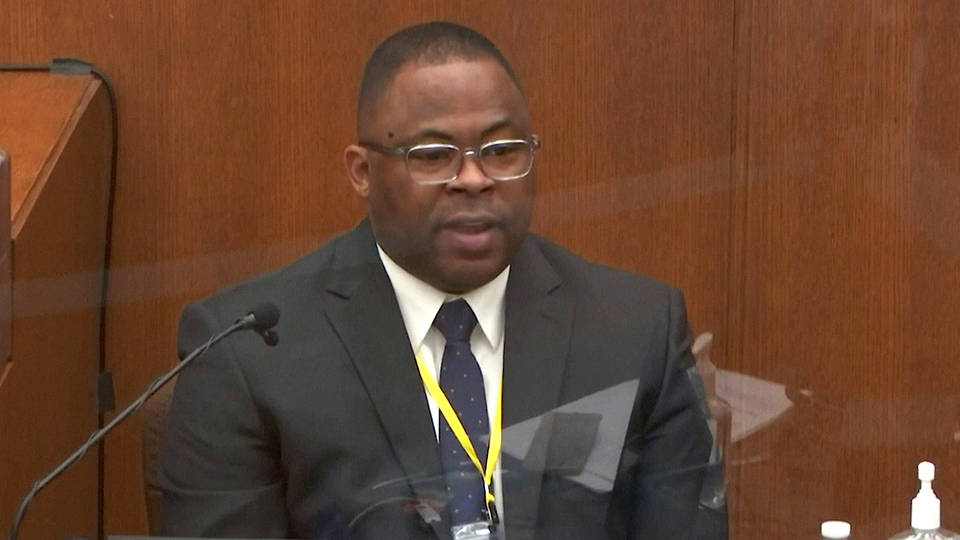 In Minneapolis, a police use-of-force expert testified Wednesday that former officer Derek Chauvin employed unreasonable and excessive force against George Floyd last May when he used the full weight of his body to press one knee against Floyd’s neck and the other against his back for nine minutes and 29 seconds. Los Angeles Police Sergeant Jody Stiger was called as an expert witness for the prosecution at Chauvin’s murder trial.