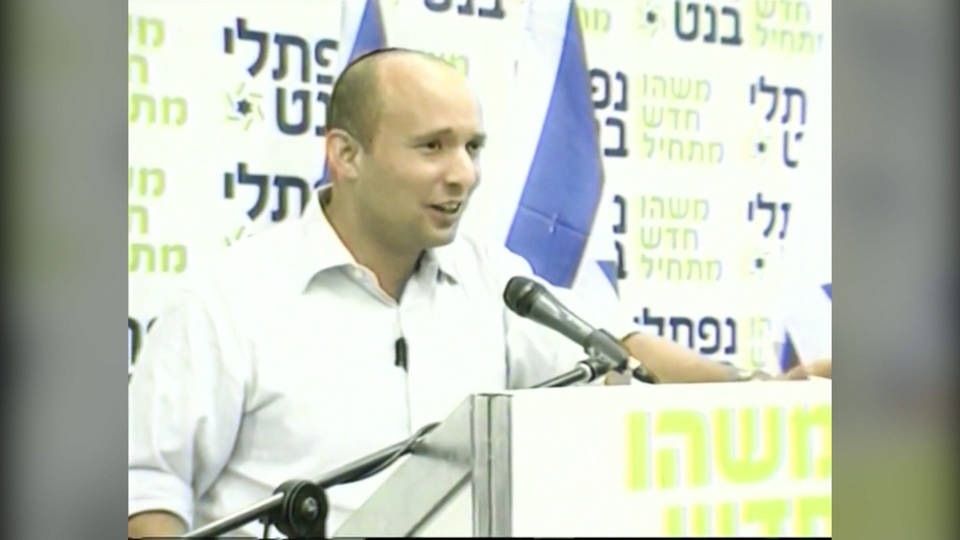 Israeli opposition leaders say they’ve reached a deal to form a coalition government that would end Benjamin Netanyahu’s 12-year reign as prime minister. The deal would see far-right politician Naftali Bennett serve as prime minister for two years, followed by opposition leader Yair Lapid for two years after that. It’s not at all clear whether the coalition might last that long. The new government includes a small party of Palestinian citizens of Israel known as the United Arab List. Netanyahu, who is scrambling to derail the newly announced coalition, today blasted it as a “dangerous left-wing government.”

Naftali Bennett is a tech multimillionaire who entered politics in 2006 as a senior aide to Benjamin Netanyahu. Bennett previously led the Israeli settler movement in the occupied West Bank. He’s called for the annexation of Palestinian lands, opposes a Palestinian state and has compared Palestinian citizens of Israel to a “fifth column.”

At the White House, Press Secretary Jen Psaki on Wednesday refused to answer a reporter’s questions about whether Bennett would be a “partner for peace” in Israel.

Reporter: “Does Biden have a view on Naftali Bennett’s past statements about annexing the West Bank and negating a two-state solution? How will Biden approach clear differences there on that issue? And does he still think he has a partner for peace in an Israeli government led by Bennett?”

Press Secretary Jen Psaki: “Well, we’re not going to weigh in on an ongoing political process in a foreign country, in Israel or anywhere in the world.”