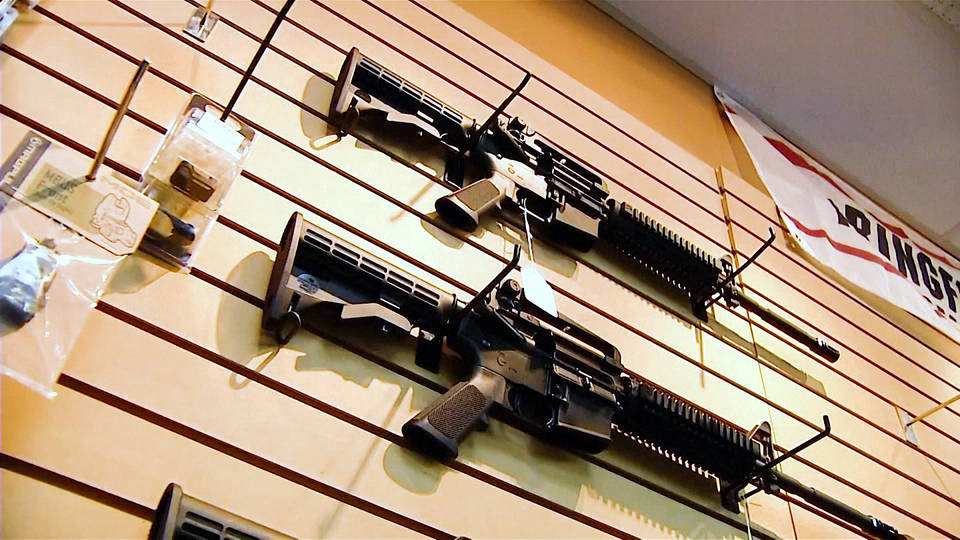 Back in the United States, a federal judge has overturned California’s long-standing ban on assault weapons, declaring it an unconstitutional “failed experiment.” U.S. District Judge Roger Benitez, a George W. Bush appointee, wrote in his ruling, “Like the Swiss Army Knife, the popular AR-15 rifle is a perfect combination of home defense weapon and homeland defense equipment.” The judge stayed his ruling for 30 days, giving California Attorney General Rob Bonta time to appeal. Bonta wrote, “There is no sound basis in law, fact, or common sense for equating assault rifles with Swiss army knives — especially on Gun Violence Awareness Day and after the recent shootings in our own California communities. We need to take action to end gun violence now.”