Ariel Henry to Become Haitian PM After Getting Support from U.S. & Core Group 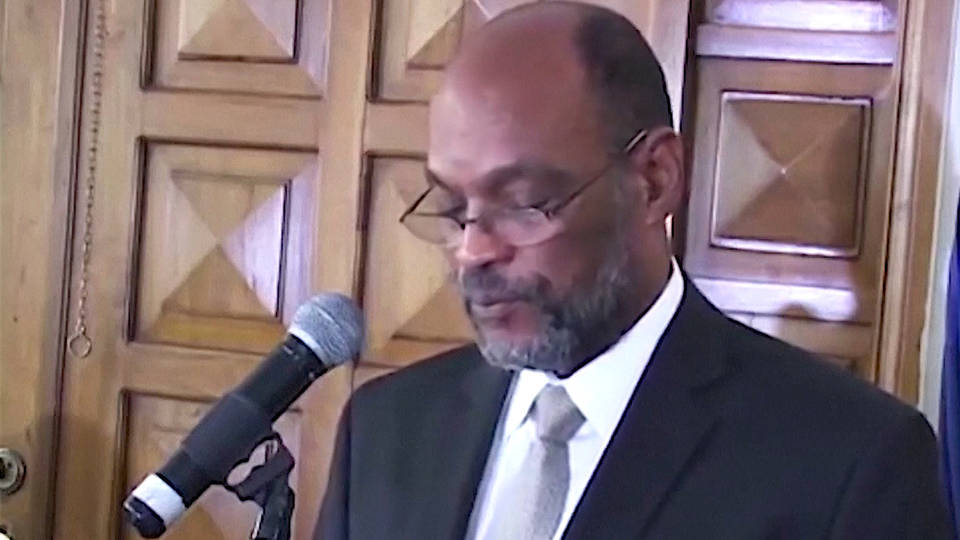 Acting Haitian Prime Minister Claude Joseph says he plans to transfer power today to Ariel Henry, a neurosurgeon who was appointed by President Jovenel Moïse shortly before he was assassinated on July 7. Both Joseph and Henry had claimed power following Moïse’s death. Over the weekend, the United States and other members of the so-called Core Group threw its support behind Henry, who will become Haiti’s seventh prime minister in four years. On Monday, State Department spokesperson Ned Price defended the Biden administration’s intervention. He was questioned by the Associated Press’s Matt Lee.

Matt Lee: “No, you took the side of the guy who was named but hadn’t taken office.”

Ned Price: “We are taking the side of the Haitian people. This is a dialogue that has been ongoing between various Haitian political stakeholders.”

Matt Lee: “Ned, whether you want to admit it or not, there was a shift in what you had been saying. Prior to that statement, you were all in support of the acting prime minister, and then, all of a sudden, on Saturday, you and the other members of the Core Group came out in support of Mr. Henry.”

Ned Price: “Matt, we are supporting the inclusive dialogue that Haiti’s political actors are undertaking themselves.”