Amid Talks with U.S., Russia Says Ukraine Must Never Be Allowed to Join NATO 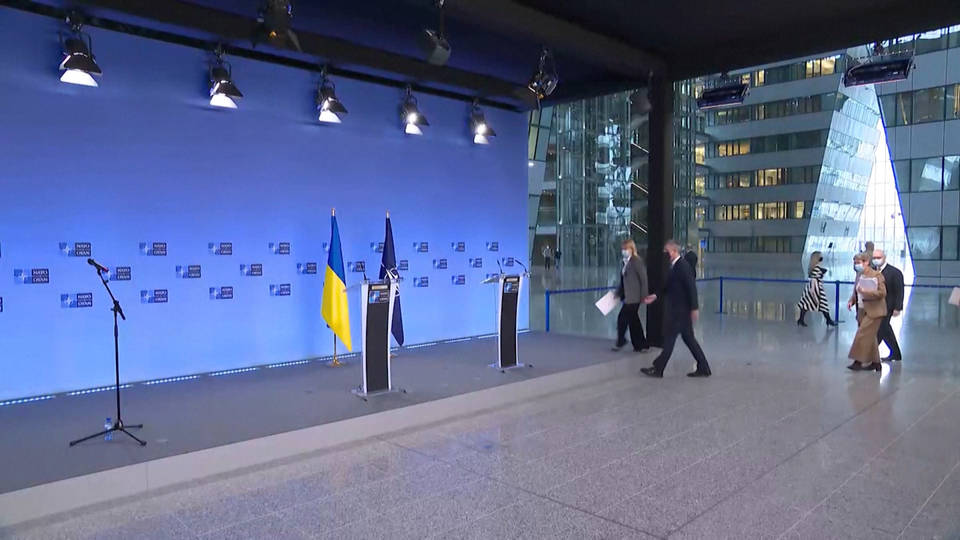 Delegations from the United States and Russia emerged from negotiations in Geneva Monday with no sign the two sides had narrowed their differences over military tensions in Ukraine. This is Russia’s foreign minister, Sergei Ryabkov.

Sergei Ryabkov: “We underscore that for us it’s absolutely mandatory to make sure that Ukraine never — never, ever — becomes a member of NATO.”

The Biden administration says some 100,000 Russian troops have massed near Ukraine’s border. Deputy Secretary of State Wendy Sherman warned Russia Monday that if it invades Ukraine, it would face “significant costs and consequences, well beyond what they faced in 2014” — when Russia invaded and annexed the Crimean Peninsula.