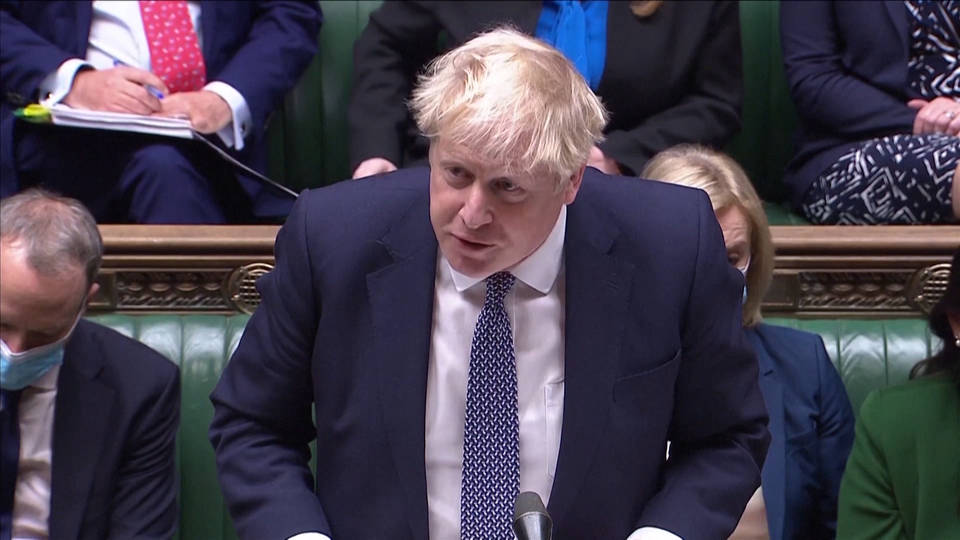 In Britain, some senior members of Boris Johnson’s Conservative Party are calling on the prime minister to step down, after Johnson admitted he attended a cocktail party at his official residence in May 2020 at a time when he’d ordered the U.K. into a strict coronavirus lockdown. Opposition parties also demanded Johnson resign. This is Labour Party Leader Keir Starmer.

Keir Starmer: “After months of deceit and deception, the pathetic spectacle of a man who has run out of road. His defense, his defense that he didn’t realize he was at a party, is so ridiculous that it’s actually offensive to the British public. He’s finally been forced to admit what everyone knew, that when the whole country was locked down, he was hosting boozy parties in Downing Street. Is he now going to do the decent thing and resign?”