On Jan. 6 Anniversary, Biden Warns of Trump’s “Dagger at the Throat of Democracy” 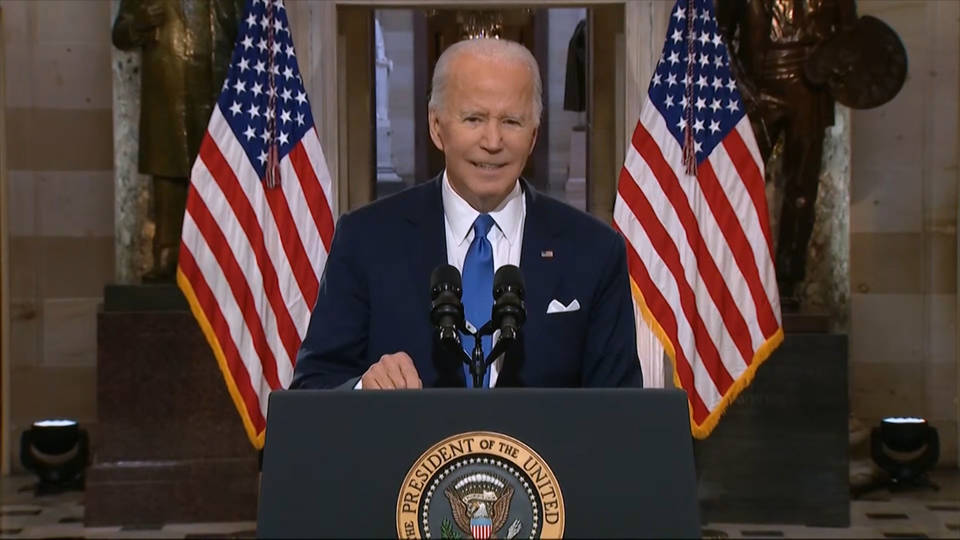 President Biden marked the first anniversary of the January 6 Capitol insurrection by denouncing his predecessor Donald Trump for inciting his supporters to attack the Capitol in an effort to overturn the 2020 election. In a speech from Statuary Hall in the U.S. Capitol, Biden accused Trump of spreading a “web of lies” and claimed the former president — whom he did not name — is placing a “dagger at the throat of American democracy.”

President Joe Biden: “For the first time in our history, a president had not just lost an election, he tried to prevent the peaceful transfer of power as a violent mob breached the Capitol. But they failed. They failed. And on this day of remembrance, we must make sure that such an attack never, never happens again.”

Inside the House chamber, Speaker Nancy Pelosi led a moment of silence to open a congressional ceremony marking the anniversary of the Capitol assault. Just two Republicans joined the proceeding: Congressmember Liz Cheney of Wyoming and her father, former Vice President Dick Cheney.