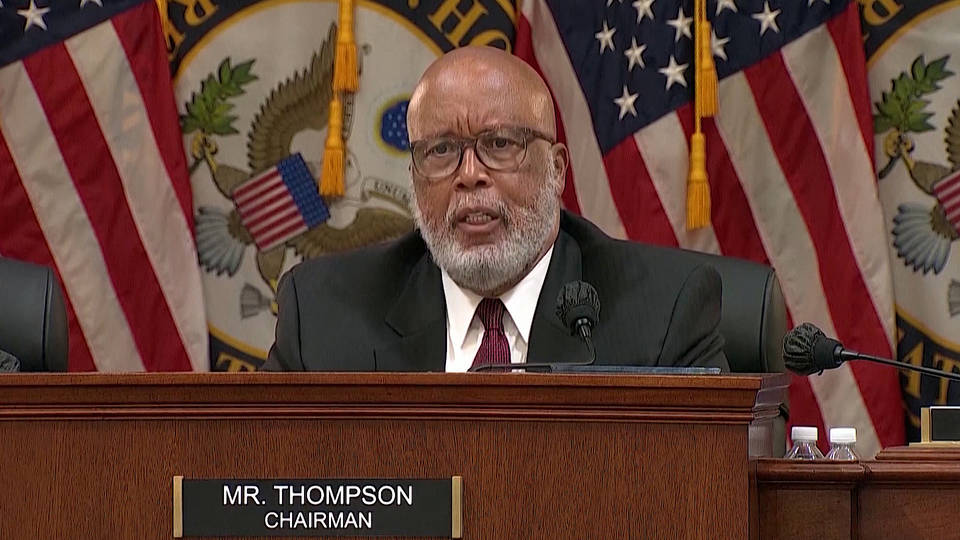 The House Select Committee investigating the January 6 insurrection has accused Donald Trump of playing a “direct and personal role” in pressuring state and local officials to help overturn Joe Biden’s 2020 election victory. This is the committee’s chair, Bennie Thompson.

Rep. Bennie Thompson: “What happened to Mike Pence wasn’t an isolated part of Donald Trump’s scheme to overturn the election. In fact, pressuring public servants into betraying their oath was a fundamental part of the playbook.”

Part of Trump’s plan involved states sending fake slates of electors to be counted on January 6. The committee revealed Wisconsin Republican Senator Ron Johnson took part in the plot. On January 6, an aide to Johnson texted an aide to then-Vice President Mike Pence saying that Johnson wanted to hand Pence “alternate slates of electors” from Wisconsin and Michigan. Pence’s aide responded by writing, “Do not give that to him.” We will air highlights from Tuesday’s hearing after headlines.