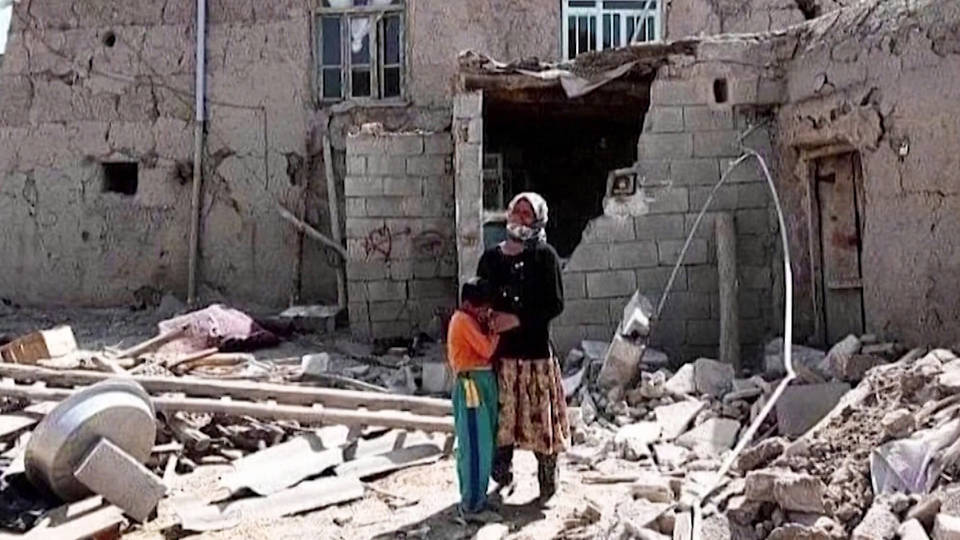 Aid workers and Afghan authorities are struggling to reach areas devastated by an earthquake Wednesday that killed more than 1,000 people and injured over 1,600 near the city of Khost. It was the deadliest quake in Afghanistan in 20 years. There are reports entire villages have been destroyed. Survivors are using their bare hands to rescue people trapped under rubble. Communication lines are down in parts of the area, and torrential rain has washed away roads, making many areas impossible to reach. Recent flooding has killed at least 400 Afghans. The Taliban has called for more international aid, while saying sanctions have hampered the government’s ability to respond to the multiple crises facing the country. On Wednesday, the U.N. Office for the Coordination of Humanitarian Affairs pledged to help Afghanistan.

Jens Laerke: “It’s in a country that’s already on the brink. We know that. Its food security situation is where we are talking about we’re close to a famine-like situation. So people are really already hanging on by a thread. So, when this disaster comes on top, the de facto authorities in Afghanistan did reach out and asked the U.N. for help. Of course, we stand ready to help anybody in Afghanistan.”