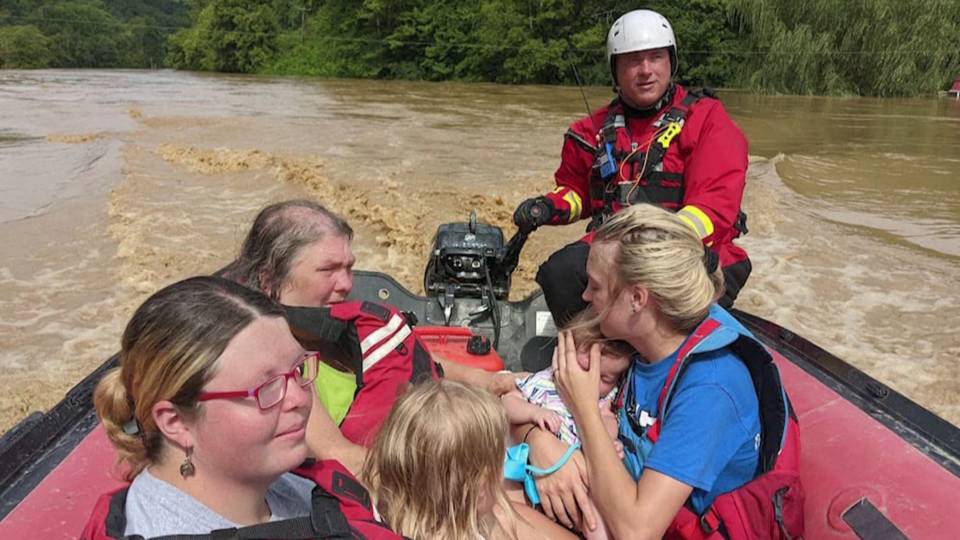 In Kentucky, the death toll from last week’s massive rain storms and flooding has risen to 28, including several children. On Sunday, Kentucky Governor Andy Beshear told NBC’s “Meet the Press” that recovery crews face weeks of work — even as forecasters predict more rain in the coming days.

Gov. Andy Beshear: “This is one of the most devastating, deadly floods that we have seen in our history. … With the level of water, we’re going to be finding bodies for weeks, many of them swept hundreds of yards, maybe quarter-mile-plus, from where they were lost.”

Meteorologists say the record-breaking deluge that brought flooding and mudslides to eastern Kentucky would have had a one-in-a-thousand chance of happening, if not for climate change.