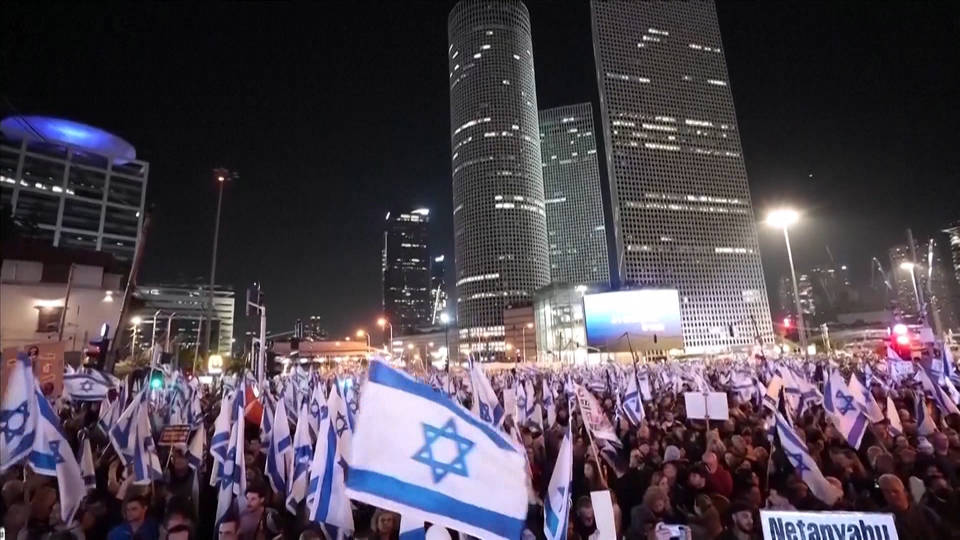 In Israel, Prime Minister Benjamin Netanyahu has removed a top minister, following an order last week by the Supreme Court, which ruled the far-right Aryeh Deri was unfit for office due to his criminal convictions. Netanyahu’s compliance with the Supreme Court order comes even as his extremist new coalition seeks to disempower the judiciary. An estimated 100,000 people took to the streets of Tel Aviv Saturday to protest the new government. This is Avi Chimi, chair of the Israeli Bar Association.

Meanwhile, 42-year-old Tariq Maali became the 18th Palestinian to be killed by Israeli fire since the start of the year. He was shot dead by a settler in Ramallah, in the occupied West Bank.