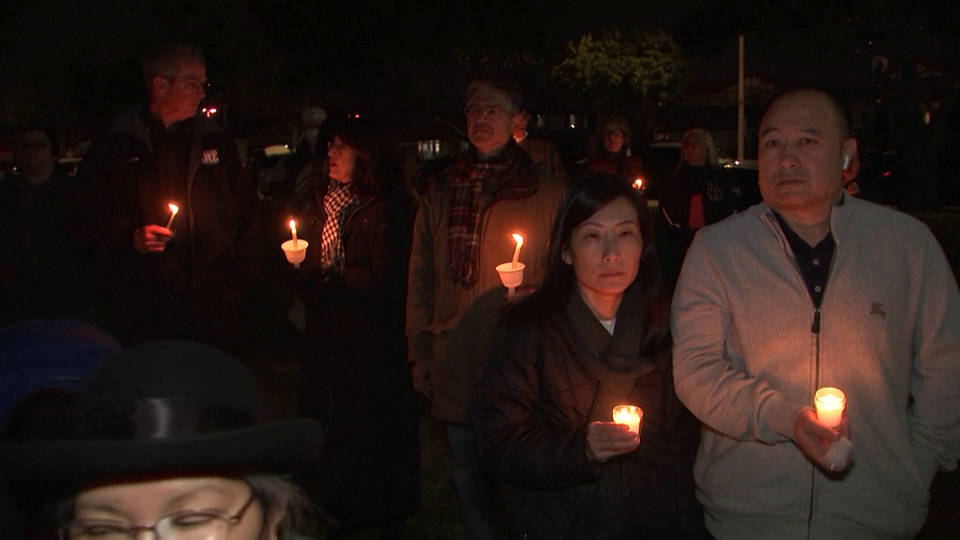 In California, seven people were killed and another person was critically wounded Monday as a gunman opened fire on two sites in the coastal community of Half Moon Bay. Police say the suspect, 67-year-old Chunli Zhao, turned himself in to police after the massacres. Authorities could not confirm whether the semiautomatic weapon he used was obtained legally. A local official says the victims were Chinese and Latinx farmworkers at a local mushroom farm where Zhao reportedly worked for decades. Dave Pine is with San Mateo County’s Board of Supervisors.

Dave Pine: “But in the end, there are simply too many guns in this country, and there has to be a change. This is not an acceptable way for modern society to live and conduct its affairs.”

There have been three mass shootings in California in the past three days. In Oakland, California, at least one person was killed and another seven injured in a shootout at a gas station just after 6 p.m. on Monday night. It came as police in Des Moines, Iowa, charged an 18-year-old with murder after a shooting at a center that provides education for struggling high school students. Two students were killed in Monday’s assault, and a teacher was injured.