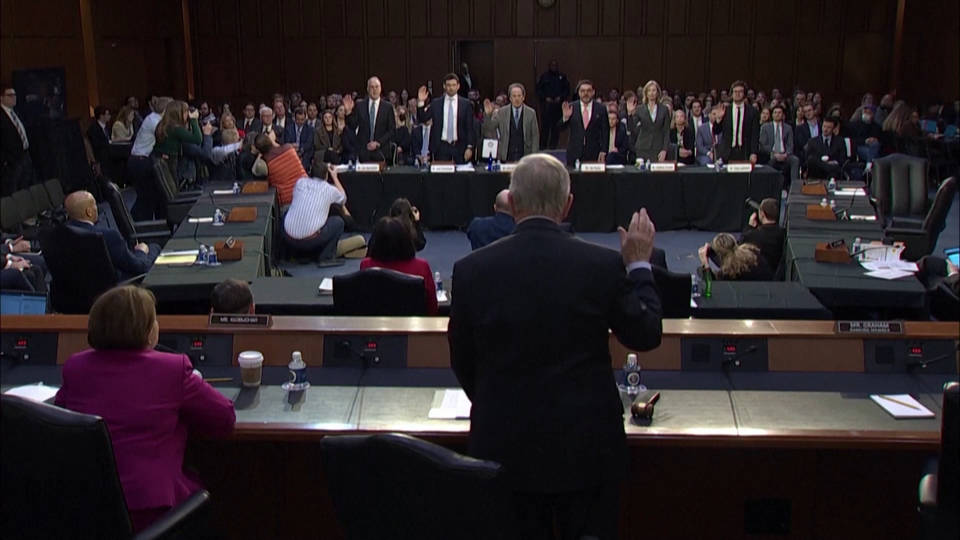 Senators on the Judiciary Committee grilled the president and CFO of Live Nation Tuesday, accusing the company of anti-competitive practices since their merger with Ticketmaster in 2010. The hearing was spurred by the Taylor Swift ticketing fiasco in November, when the Ticketmaster site crashed during pre-sales, which the company blamed on an onslaught of bots that purchase tickets to resell at higher cost. This is Senator Amy Klobuchar at Tuesday’s hearing.

Sen. Amy Klobuchar: “Today, Live Nation doesn’t just dominate the ticketing — it’s about 70% of the big concert market — but also they own many of the major venues. And for the venues that they don’t own, they tend to lock in on three-, five-, seven-year agreements, which means that the competitors that are out there aren’t able to even compete when it comes to the ticketing. Finally, they dominate the promoting. … This is all a definition of monopoly, because Live Nation is so powerful that it doesn’t even need to exert pressure. It doesn’t need to threaten, because people just fall in line.”