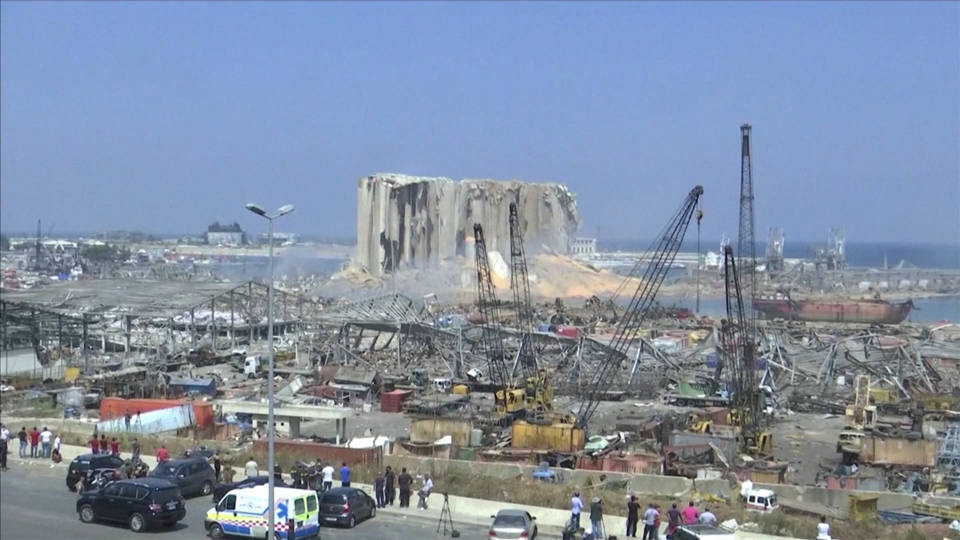 In Lebanon, Reuters reports former Prime Minister Hassan Diab has been charged with homicide with probable intent for the 2020 Port of Beirut blast, which killed at least 218 people, injured thousands and caused widespread destruction. The public prosecutor and head of the domestic intelligence agency at the time of the disaster were also charged. This comes after Judge Tarek Bitar unexpectedly resumed his investigation into the explosion Monday, after it was stalled for over a year due to political obstruction. But the probe is likely to face more resistance, as Lebanon’s chief prosecutor said Bitar had to pause his efforts until judicial authorities give him the go-ahead. Many survivors of the blast, victims’ families and legal advocates have supported Bitar’s investigation and continue to seek accountability for the tragedy.