12 years ago today, the Union Carbide Corporation’s fertilizer plant in Bhopal India spewed toxic gas, killing 4000 people and injuring a half a million others. It was the world’s worst industrial accident. And people are still dying and suffering from illnesses related to their exposure to Union Carbide’s poisonous gas; that’s why the Bhopal Disaster has been called the “Hiroshima of the Chemical Industry.” Bhopal has also emerged as a classic example of corporate crime that’s gone unpunished. 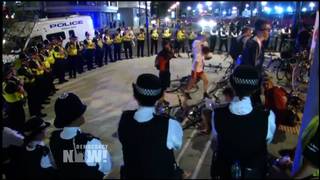