The U.S. Government has released Emmanuel Constant, the head of FRAPH — the Haitian paramilitary group responsible for a brutal reign of terror during the Cedras dictatorship. Constant was in a U.S. detention facility in Baltimore, Maryland and was released in exchange for dropping a lawsuit challenging the constitutionality of his detention. Constant, who admits he did work for the CIA, fled Haiti to escape murder charges; an ins official has said that they are waiting for the Haitian government to ensure Constant would be safe if he’s deported back to Haiti. 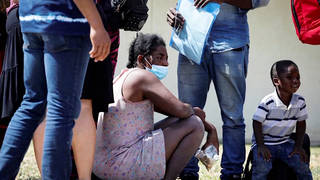