Slavery in the United States

“GENTLEMEN, as I can not read or write I got a friend to write this. I never went to school in my life. I worked on this man’s farm all my life, I didn’t get a cent for my labor until I run away. I am 35 years old, all we Negroes got to eat was corn bread and bacon and few clothes and forced to live 10-12 in a room. His overseers carried sticks and whips and guns. They whipped children and women and men. They would make men and women strip their clothes down and get on their knees and some time tie them to a place and whip them from 25 to 100 lashes at a time. You dare not ask for money or anything else. The overseers seduced any young girls they wanted and parents could not help them I would send my name but I don’t want to go back to this farm. I did never commit a crime.” This letter, from Omaha Nebraska, is dated October 8th, 1923. Washington Post freelance journalist Len Cooper who joins us now found it among many others in the Library of Congress as he dug to find the truth behind stories his grandfather told about how slavery did not end with the Civil War, but persisted in the U.S. into the 20th century. It’s a secret history you won’t find in American textbooks, but remains buried into the memory of African Americans in the South and hidden in the Library of Congress. 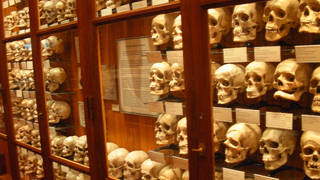