Immigration and the GOP National Convention

Immigration was the hot issue at the Republican Convention yesterday, with the media abuzz following Jack Kemp’s not-so-surprising switch on the issue. Previously, Kemp vocally opposed California Proposition 187 -the California ballot measure that would cut off public services to undocumented immigrants. However, soon after Kemp became Bob Dole’s running mate, he quickly changed his tune and now says he backs Dole’s position on immigration. One commentator says Kemp’s turn-arounds on immigration and affirmative action indicate that he’s caught the bad bug of Clintonitis. The GOP tried to seize the upper hand on the issue last night on the convention floor through a speech by Monica Cano Powell. 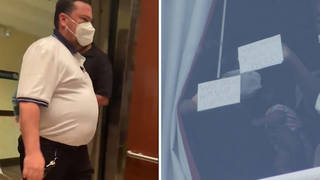