At a news conference President Clinton defends against accusations of receiving campaign finance from foreign sources. Jeffrey Klein editor of Mother Jones feels that these foreign campaign donations have affected White House policy decisions in relation to China. Klein goes on to describe the corruption of the campaign donation system, in particular the removal of audits. Klein suggests that this issue will damage Vice President Gore’s image of honesty. Klein also predicts the campaign finance issue will become a major political concern for both progressives and 'real' republicans who don’t want foreign money to influence US elections. Amy Goodman makes references to the 'Coffee, Tea, and Me' campaign initiated by Democracy Now to bring attention to this issue. 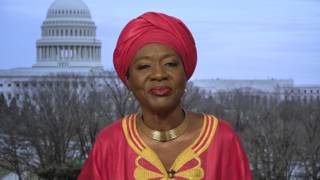