The movie Kandahar ­ who’s star is accused of assassinating an Iranian dissident on U.S. soil in 1980 ­ is afictional story about an Afghan-Canadian who travels to Afghanistan in search of her suicidal sister.

Well here in our studio we have the real thing. We’re joined right now in person by Masuda Sultan, a youngAfghan-American woman who has just returned to the U.S. after traveling to her native Kandahar. She was initiallycautiously supportive U.S. intervention. But then U.S. bombs killed 19 members of her extended family. 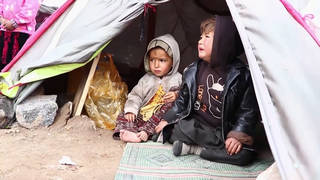