After breathing in thick dust and fumes from burning jet fuel, search and rescue workers and other emergencypersonnel who toiled through the World Trade Center rubble after September 11 are experiencing a high level ofrespiratory illness. Senator Hillary Rodham Clinton told a Senate committee hearing this week that twenty-fivepercent of New York City firefighters “have some kind of respiratory, bronchitis, or asthmatic reaction.”

But it’s not only the rescue workers. Chronic coughs, upper respiratory infections, bronchitis, pneumonia and asthmaplague residents and students at Ground Zero. And they are leading a campaign to change conditions where they work,live and go to school.

The National Institute for Occupational Safety and Health insists that asbestos levels around Ground Zero are nottoxic. The Environmental Protection Agency issued a statement two days after the attacks that insisted there were nosubstantial levels of asbestos, lead, cadmium or other toxics in the air near the World Trade Center site. But mostpeople do not believe them.

On Monday, the EPA ombudsman held a second investigative hearing on the World Trade Center site’s hazardous wastecontamination, hosted by Congressman Jerrold Nadler. The EPA Ombudsman’s investigation has turned up evidence of whatthey call a “chemical attack.” They say the EPA and city officials continue to lie about the safety of the air nearGround Zero. Today we are going to have a debate about the toxicity at Ground Zero. 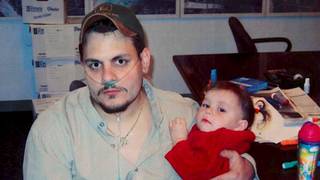