We hear the conclusion of our conversation with Israeli nuclear whistleblower Mordechai Vanunu who defied Israeli government restrictions to speak to us. He discusses his views on Ariel Sharon, the Israeli-Palestinian situation, and his feelings on suicide bombings.

Vanunu was released from prison in Israel earlier this year after serving 18 years for revealing to the world that Israel had a nuclear arsenal. For more than 11 of those 18 years, he was kept in solitary confinement.

Since his release, an international campaign has been launched calling on the Israeli government to lift restrictions placed on Vanunu, which–among other things–forbid him from leaving the country and forbid him from speaking to foreigners.

Despite these restrictions, he agreed to talk to us around midnight Israel-time on Tuesday night. Risking prison again, Mordechai Vanunu spoke with us for an hour, discussing his work as a nuclear technician at Dimona, his decision to blow the whistle on Israel’s secret nuclear program, his capture and his 18 years in prison.

Today we hear the conclusion of our conversation with Mordechai Vanunu. PT. II OF TRANSCRIPT

AMY GOODMAN: You went into prison before the first Intifada of the Palestinians. You come out now 18 years later. What has changed?

AMY GOODMAN: What has changed, what is the Israel you see today?

MORDECHAI VANUNU: Oh big, big change since 1985, '86. In 1985 there was a very strong peace activist movement in Israel. There was less nationalism. Less Jewish right-wing people, Jewish religion parties. We have now very hard, difficult reality in Israel. A lot of flags running everywhere and a lot of parties, big Jewish religion parties–very right-wing. We had a lot of death that happened in 18 years–many suicide bombers that give much more justification for all Israel policy. So the situation become bad. We forget what Israel did to the Palestinians in 1948, we forget what Israel did in 1967 and now we are remembering only the Intifada and suicide killers. We forget what Israel did for many, many years before. That is the big difference and the situation is very bad. That's my feeling.

AMY GOODMAN: And your attitude to the suicide bombers?

MORDECHAI VANUNU: I am anti-suicide bombers, I am anti-violence because I think the Palestinians cause damage to themselves by choosing these answers to Israel’s aggression. They should know very well that Israel wants using these suicide bombers to service their policy to do what they want–to build the war, to take more land. The Palestinians should know very well that Israel want them to do these acts to justify Israeli aggression and Israel [will have] no real peace. That was also the system against me while I was in prison. They used to make me aggressive and to fight them back. That would justify to put me in hard life. I learned a lot in prison about the Israel spy-mind psychological warfare by very sophisticated, super spy psychologies who are fighting the Palestinians and the Arabs. They should learn a lot about this psychological warfare and not to fall in traps. So the Palestinians cause damage to themselves but that is not giving justification for Israel and Israel must solve–and give the rights to the Palestinians. The citizens, the children, all those who are under occupation have the right to be human beings and to feel free. They cannot hide themselves behind suicide killers.

AMY GOODMAN: Were you tortured in prison, Mordechai Vanunu?

AMY GOODMAN: Did any of your Israeli jailers ever express sympathy to you for what you had done–revealing Israel’s nuclear secrets?

MORDECHAI VANUNU: No, almost no one. Some of them they said “Yes, we believe you this for conscience” but no one said, “yes we are against nuclear weapons.” That is the problem with the Israeli people. All of them, they have no courage or open mind to say that the Jewish people have no right to use atomic Holocaust weapons. That’s what I am saying. Those Jewish people who suffered from the Holocaust have no right to use atomic bombs, because atomic bombs are going to be used only against cities, against civilians–that means atomic bombs are Holocaust weapons. And that is the problem now of all Israel–you will not find one Jewish man in the Knesset, one from any party, from the left or the right who will say: “We have no right to have nuclear weapons. That we’ll not exist by killing civilians.” So I didn’t meet anyone who sympathized, only now a few people, a very small group of the left are expressing such views. But most of the Jewish people, they are following blindly their leader Sharon or anyone–even Peres, the man who has received a Nobel Peace prize–is not yet going to speak very clear that he don’t want nuclear weapons or he want to abolish nuclear weapons.

So, we demand now that Sharon, now that he is in the government [in the role of] prime minister, to follow that example and to do the same with Dimona, to open each and declare that Israel be free of nuclear weapons; but instead of this important subject, Israel Shabak Mossad give him another problem to deal with. They give him the second Intifada, and Sharon, falls into a trap, and was fighting the Palestinians very aggressively, killing, destroying, assassinating, taking more land, building the war, and forgetting the real problem is Dimona actually. He was [originally] behind the policy of freeing the Middle East of nuclear weapons. So maybe now, someone can remind him from the US and come help him and guide him to this policy of abolishing nuclear weapons.

Mohamad el Baradei was here but here only promised that he would follow this policy, but in fact, Israel is not doing anything on this subject. So I hope some foreign state government from United States to Europe to China, Japan, India, Egypt will remind Sharon and Israel’s government to open Dimona reactor and make all of Middle East, including Israel, free of nuclear weapons.

AMY GOODMAN:Mordechai Vanunu, your final comment on this first broadcast that you are doing to the people of the United States?

MORDECHAI VANUNU: I am very glad and happy to speak to you, though I don’t know about Amy Goodman’s program; I heard a lot about her, many people wrote me, saying that hear you in California and many places. I am very glad that you decided to broadcast my voice. I hope that many people in the United States hear me, and it will take me to freedom. I hope many more media will follow you, including CNN, and other, ABC, CBS. I received a letter from CBS, 60 Minutes wanted to a program, but they gave up when they were shown the restrictions. I hope that through all this, I will be free and come to the US and speak to the people there. I have no secrets to reveal. I just want to express my view as a human being. Thank you very much. I am very appreciative of you, your bringing my voice to the United States people.

AMY GOODMAN:Mordechai Vanunu, thank you for joining us. Good night. 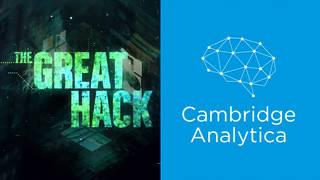