Aime Cesaire, 1913-2008: Remembering the Life and Legacy of the Black Pride Poet and Anti-Colonial Activist

Aime Cesaire, the esteemed poet, writer, politician and anti-colonial activist from Martinique died on Thursday at the age of ninety-four. Cesaire is revered in the Francophone world as a leading figure in the movement for black consciousness and pride, which he called “Negritude.” His use of culture to fight colonialism and racism influenced generations of activists and writers around the world. [includes rush transcript]

AMY GOODMAN: We wrap up now with the death of Aime Cesaire, the esteemed poet, writer, politician and anti-colonial activist from Martinique, who died last Thursday at ninety-four years old. He is revered in the Francophone world as a leading figure in the movement of black consciousness and pride, which he called “Negritude.”

Cesaire was also a politician for a large part of his life. The Caribbean island of Martinique is administratively and politically a region of France, and its residents are French citizens. Cesaire served as the mayor of Martinique’s capital and the elected representative to the French Constituent Assembly for close to half a century.

French President Nicolas Sarkozy led thousands of mourners at an official state funeral Sunday for Cesaire in Martinique. But in 2005 Cesaire had refused to meet Sarkozy because of a new law Sarkozy had proposed emphasizing the positive legacy of French colonialism.

Cesaire’s use of culture to fight colonialism and racism influenced generations of activists and writers around the world. Fellow Martiniquan author and revolutionary Frantz Fanon considered Cesaire to be his mentor.

Today, we’ll speak with Professor Robin Kelley about the life and legacy of Aime Cesaire. Kelley is a professor of American Studies and Ethnicity at the University of Southern California and the author of several books, including Freedom Dreams: The Black Radical Imagination. He also wrote the introduction to a new edition of Cesaire’s famous 1955 essay called “Discourse on Colonialism.” Professor Kelley joins us now from our firehouse studio in New York.


AMY GOODMAN: Tell us who Aime Cesaire was.


ROBIN KELLEY: Well, Cesaire, among other things, was probably one of the greatest poets of the twentieth century. He was an activist, a revolutionary ,who really demolished the maxim that poets make bad politicians. He’s someone who, throughout his life —- of course, you mentioned he was one of the founders of, if not the founder of, the Negritude movement, beginning in 1935, when he wrote an essay coining that phrase.


On the one hand, Negritude, for him, was a recognition that Africa had value. And he had been reading Leo Frobenius’s book, History of African Civilization. But for him, you know, Africa having value and celebrating black pride wasn’t enough. He had a forward-looking vision, a post-colonial vision. And when he returned to Martinique with his wife, Suzanne Cesaire, who’s one of the greatest intellectuals of that era, as well, they edited a journal called Tropiques, which was a truly anti— colonial manifesto, in some ways, that combined surrealism, Pan-Africanism and Marxism to pretty much propose a very modernist vision of society that would transcend Europe.


And remember what happened after the end of World War II, you know, Europe was in shambles, philosophically, politically. And it was Cesaire, when he wrote “Discourse on Colonialism,” that kind of made the argument that, you know, the brutality and barbarism that defined colonialism came back to roost in some ways and can explain fascism in Europe. And if any group of people have the wherewithal or vision to recreate modern society, it is colonial peoples.


AMY GOODMAN: Can you talk about this clash he had with Sarkozy several years ago?


ROBIN KELLEY: Well, you know, it’s part of, I think, a longstanding argument that Cesaire made in particularly “Discourse on Colonialism.” There is a way in which, you know, the French colonial legacy gets defined as a civilizing mission for — particularly since you had Africans and Afro-Caribbean people serving in the National Assembly. And Cesaire himself was one, who as a member of the Communist Party was a deputy to the French National Assembly. And the argument is that, well, French colonialism is different. It’s one that wasn’t based on brutality or violence, but based on assimilation. And Cesaire rejected that.


And by the time he — you know, he’s writing in 1960s. He had completely rejected any value of that kind of colonial relationship or the metropolitan peripheral relationship that defined, again, the Francophone world. And so, in terms of his disagreements, you know, it fits within his larger, I think, political vision. And that is that there’s really nothing good about colonialism. You know, there’s nothing that you could salvage from its legacy. And in fact, on the contrary, we have to go back and revisit colonialism to understand the direction of the West and the failure of the Enlightenment, in some ways. You know, here’s Cesaire, who’s a real committed advocate of the Enlightenment, who had come to realize that racism ultimately defined modern society of the West. And that was one of his biggest, biggest issues.


And I think I have to give it to Sarkozy for even recognizing the importance of Cesaire. It’s sort of like, imagine if George Bush were to recognize the importance of an Ossie Davis, for example. That’s kind of unheard of.


AMY GOODMAN: Can you talk about his influence on the anti-colonial struggles of the ’50s and ’60s?


ROBIN KELLEY: Absolutely. He was probably one of the most important intellectuals. He was a founding editor of Presence Africaine, which was a journal which advocated independence but also promoted black — not just French, but across the board — the African diasporic, you know, art, poetry, music in political essays.


And on the other hand, the cultures of Africa and indigenous peoples and even Asia, he argues, represented “ante-capitalism” — in other words, “ante” meaning A-N-T-E, before capitalism, and “anti” meaning opposition to capitalism — and that in fact these —


AMY GOODMAN: Professor Kelley, we’re going to have to leave it there.


AMY GOODMAN: But I thank you very much for joining us.


ROBIN KELLEY: Thank you. I appreciate it.


AMY GOODMAN: Professor of American Studies and Ethnicity at the University of Southern California. 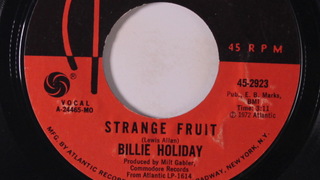