President Obama gave a speech Thursday defending his plan to close Guantanamo Bay and repudiating several key aspects of the Bush administration’s counterterrorism program. But he also acknowledged for the first time he supports indefinitely holding some prisoners without trial. Former Vice President Dick Cheney then gave a major address of his own defending the Bush administration’s policies. We play excerpts of both speeches. [includes rush transcript]

JUAN GONZALEZ: In a speech at the National Archives Thursday, President Obama defended his plan to close Guantanamo Bay saying the prison never served American interests. Obama also repudiated several key aspects of the Bush administration’s counterterrorism program, but he acknowledged for the first time that he supports indefinitely holding some prisoners without trial.


PRESIDENT BARACK OBAMA: We’re going to exhaust every avenue that we have to prosecute those at Guantanamo who pose a danger to our country. But even when this process is complete, there may be a number of people who cannot be prosecuted for past crimes — in some cases, because evidence may be tainted — but who nonetheless pose a threat to the security of the United States.


PRESIDENT BARACK OBAMA: Instead of using the flawed commissions of the last seven years, my administration is bringing our commissions in line with the rule of law. We will no longer permit the use of evidence — as evidence, statements that have been obtained using cruel, inhuman or degrading interrogation methods. We will no longer place the burden to prove that hearsay is unreliable on the opponent of the hearsay. And we will give detainees greater latitude in selecting their own counsel and more protections if they refuse to testify.

JUAN GONZALEZ: The President’s speech was seen by many as a response to his critics on both the left and the right. Civil liberties groups have opposed Obama’s plan to continue using military commissions and his decision to block the release of several dozen photos showing the torture and abuse of prisoners at overseas CIA and military jails. Meanwhile, others have criticized Obama for banning enhanced interrogation techniques, declassifiying the torture memos and for planning to close Guantanamo.


During his speech Thursday, the President defended all of his decisions, while warning against the creation of an independent commission to investigate the Bush administration’s policies.


PRESIDENT BARACK OBAMA: To protect the American people and our values, we banned enhanced interrogation techniques, we are closing the prison at Guantanamo, we are reforming military commissions, and we will pursue a new legal regime to detain terrorists. We are declassifying more information and embracing more oversight of our actions, and we’re narrowing our use of the state secrets privilege.


These are dramatic changes and will put our approach to national security on a surer, safer and more sustainable footing. Their implementation will take time, but they will get done.


I recognize that many still have a strong desire to focus on the past. When it comes to actions of the last eight years, passions are high. Some Americans are angry. Others want to refight debates that have been settled, in some cases, debates that they have lost. I know that these debates lead directly, in some cases, to a call for a fuller accounting, perhaps through an independent commission.


I have opposed the creation of such a commission, because I believe that our existing democratic institutions are strong enough to deliver accountability. The Congress can review abuses of our values, and there are ongoing inquiries by the Congress into matters like enhanced interrogation techniques. The Department of Justice and our courts can work through and punish any violations of our laws or miscarriages of justice.


DICK CHENEY: From the beginning of the program, there was only one focused and all-important purpose: we sought, and we in fact obtained, specific information on terrorist plans. Those are the basic facts on enhanced interrogation. And to call this a program of torture is to libel the dedicated professionals who have saved American lives and to cast terrorists and murderers as innocent victims.


What’s more, to completely rule out enhanced interrogation in the future is unwise in the extreme. It is recklessness cloaked in righteousness and would make the American people less safe.


In public discussion of these matters, there has been a strange and sometimes willful attempt to conflate what happened at Abu Ghraib with top-secret program of enhanced interrogations. At Abu Ghraib, a few sadistic prison guards abused inmates in violation of American law, military regulation and simple decency. For the harm they did to Iraqi prisoners and to America’s cause, they deserved and received Army justice. And it takes a deeply unfair cast of mind to equate the disgraces of Abu Ghraib with the lawful, skillful and entirely honorable work of CIA personnel trained to deal with a few malevolent men. 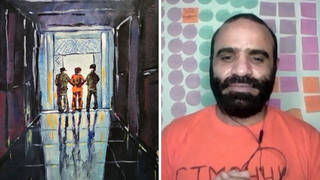