In his fourth prime-time White House news conference, President Obama was asked about last week’s arrest of the famed African American scholar Henry Louis Gates inside his own home last week by a white police officer in Cambridge, Massachusetts, who was responding to a report of a possible burglary. Obama criticized the arrest, placing it in the context of “a long history in this country of African Americans and Latinos being stopped by law enforcement disproportionately.” [includes rush transcript]

JUAN GONZALEZ: President Obama held his fourth prime-time news conference last night and spent much of the hour defending his plan to reform the nation’s healthcare system. In a moment, we will hear Obama discuss why the plan before Congress will still leave some Americans uninsured, but first we turn to the question that ended the press conference. It dealt with the famed African American scholar Henry Louis Gates, who was arrested inside his own home last week by a white police officer in Cambridge, Massachusetts, who was responding to a report of a possible burglary.


REPORTER: Recently, Professor Henry Louis Gates, Jr., was arrested at his home in Cambridge. What does that incident say to you, and what does it say about race relations in America?


PRESIDENT BARACK OBAMA: Well, I should say at the outset that Skip Gates is a friend, so I may be a little biased here.

I don’t know all the facts. What’s been reported, though, is that the guy forgot his keys, jimmied his way to get into the house. There was a report called into the police station that there might be a burglary taking place. So far, so good, right? I mean, if I was trying to jigger into — well, I guess this is my house now, so it probably wouldn’t happen. But let’s say my old house in Chicago — here, I’d get shot. But so far, so good. They’re reporting. The police are doing what they should. There’s a call. They go investigate. What happens?

Now, I’ve — I don’t know, not having been there and not seeing all the facts, what role race played in that. But I think it’s fair to say, number one, any of us would be pretty angry; number two, that the Cambridge police acted stupidly in arresting somebody when there was already proof that they were in their own home; and number three, what I think we know separate and apart from this incident is that there is a long history in this country of African Americans and Latinos being stopped by law enforcement disproportionately. And that’s just a fact.

As you know, Lynn, when I was in the state legislature in Illinois, we worked on a racial profiling bill, because there was indisputable evidence that blacks and Hispanics were being stopped disproportionately. And that is a sign, an example of how, you know, race remains a factor in the society.

And even when there are honest misunderstandings, the fact that blacks and Hispanics are picked up more frequently, and oftentime for no cause, casts suspicion even when there is good cause. And that’s why I think the more that we’re working with local law enforcement to improve policing techniques so that we’re eliminating potential bias, the safer everybody’s going to be.


Alright? Thank you, everybody. 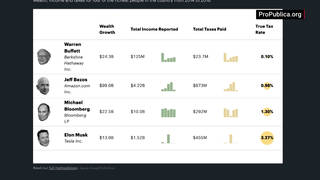