President Obama outlined his new space exploration policy on Thursday with a pledge to add $6 billion to NASA’s annual budget over the next five years and seek a landing on Mars by the mid-2030s. His program would also bolster support for private space companies that would handle design and construction of the spacecraft and boosters. We speak to Victoria Samson of the Secure World Foundation. [includes rush transcript]

AMY GOODMAN: Today we go to one of the top stories of the last day, and it’s about space exploration and NASA. Juan?


JUAN GONZALEZ: Yes. Well, President Obama defended his new space exploration policy to NASA employees at the Kennedy Space Center in Florida Thursday. His controversial decision to cancel a program aimed at returning astronauts to the moon has been attacked by both Democratic and Republican politicians, as well as astronaut Neil Armstrong, the first man on the moon. But Obama emphasized his commitment to the human exploration of space, announcing he will add $6 billion to NASA’s annual budget over the next five years.


PRESIDENT BARACK OBAMA: I understand that some believe that we should attempt a return to the surface of the moon first, as previously planned. But I just have to say pretty bluntly here, we’ve been there before. Buzz has been there. There’s a lot more of space to explore and a lot more to learn when we do.

AMY GOODMAN: The President added he expected NASA could send humans to orbit and then land on Mars by the mid-2030s. His program would also bolster support for private space companies that would handle design and construction of the spacecraft and boosters.

Meanwhile, at the National Space Symposium in Colorado Springs this week, Deputy Defense Secretary William Lynn outlined the Pentagon’s space strategy, focusing on the use of unmanned aerial vehicles and global positioning system satellites in counterinsurgency operations in Afghanistan.

Well, for more on this story, we’re joined on the phone by someone who was at that meeting in Colorado Springs, Victoria Samson. She’s the Washington director of the Secure World Foundation.


Victoria, we welcome you to Democracy Now! First respond to President Obama’s $6 billion to NASA and space exploration, where it’s actually going and what you think about it.


Well, President Obama’s speech was more a visionary call for the return of humans to space exploration. He did talk about $6 billion over the next five years. They talked about looking at increasing earth-based observation, trying to extend the life of the space station, focusing money on heavy-lift vehicles in order to send crew capsules, supplies to deep space. So he did talk about, you know, that sort of thing, but mostly it was just the idea, yes, we’re going to return humans to space exploration, we’re going to try and get to Mars. He talked about putting people on an asteroid, which is something unusual and new. So it was more of a call to arms, so to speak, than anything else.


JUAN GONZALEZ: Well, Victoria Samson, I was struck in the snippets that I saw on the news coverage yesterday, his emphasis on getting private companies involved in space exploration. Could you talk about this effort at privatization that he seemed to be backing?


VICTORIA SAMSON: Well, yeah, I think it’s very interesting, because it’s an acknowledgement that the United States government cannot afford to do this investment solely by itself. By bringing private companies on board, you not only spur investment in these types of industries, but you get all sorts of spin-off that only you can get from, you know, commercial, off-the-shelf sort of technology. The idea also, of course, is that you would try and get a better product for less money. I think — but he also was very careful to say that they would be working on their own Orion crew vehicle, working on the old design. So they’re not entirely leaving behind US government funding for projects. They’re just looking at, OK, we’re going to try and expand and bring the private industry on board in order to have more of a choice later on.


AMY GOODMAN: We should say we’re talking to Victoria Samson at the Denver airport. She’s just coming from Colorado Springs from this meeting. Can you talk about the meeting and the uses that the Pentagon has for NASA? And when we talk about $6 billion, is some of that actually military spending but just sort of under the guise of giving it to NASA?


VICTORIA SAMSON: Well, no, I don’t think so. There’s a real separation of church and state between the United States Pentagon and NASA. They’re very careful not to combine the two. But on the other hand, you know, NASA uses rockets that the Pentagon uses for other sort of options, so when you look at the investment on heavy-lift sort of vehicles, solid rocket motors, things like that, there is sometimes a benefit for both sides. But I don’t think — the $6 billion over five years, that’s NASA funding. And if you look at it compared to what the United States Department of Defense gets, it’s a drop in the bucket compared to their annual budget.


JUAN GONZALEZ: One of the things that Deputy Defense Secretary Lynn apparently talked about was the congestion in space. According to one report, it says that — he mentioned that satellites in manmade orbits are clogging orbital pathways, as more than sixty nations now operate 1,100 orbiting systems. There are more than 20,000 bits of known trackable debris orbiting the earth, along with tens of thousands of pieces of space debris. We should only expect an increase of this, as more and more nations try to go into space to develop communications systems and so forth. How was that discussed in the conference?


VICTORIA SAMSON: Well, it’s really — it’s been fascinating, because the military has really changed how they’re discussing space. The new mantra is it’s congested, it’s competitive, and it’s contested. So the congested is exactly as you said. There’s over 21,000 pieces of manmade debris orbiting the planet, 1,100 satellites. They get competitive, in that, as you said, there are many countries and non-state actors getting involved and putting things up on orbit. And contested, the idea that, well, yeah, we may not have our large margin of, I guess, error over other countries than we used to.


AMY GOODMAN: Well, Victoria Samson, we want to thank you for being with us and for getting on your phone at the airport. Victoria Samson, Washington office director for the Secure World Foundation, just coming from the Colorado Springs meeting as President Obama announces $6 billion for NASA and space exploration. 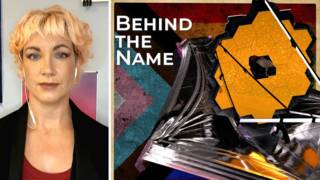