As Senate Dems Give Up on Climate Bill, What Does the Future Hold for US Energy Policy?

Senate Democrats said on Thursday they have given up any hope of passing comprehensive energy and climate legislation this summer. Where does US policy go from here? We speak with Kate Sheppard of Mother Jones magazine and Kate Horner, a policy analyst at Friends of the Earth. [includes rush transcript]

AMY GOODMAN: We’re on the road in Las Vegas, Nevada for the Netroots Nation convention.


On Thursday, Senate Democrats said they have given up any hope of passing comprehensive energy and climate legislation this summer. Instead, they’ll pursue a more limited measure, they say, focused on responding to the Gulf oil spill and tightening energy efficiency standards. Senate Majority Leader Harry Reid, from right here in Nevada, blamed the complete absence of Republican support for the failure to pass a comprehensive bill, and Senator John Kerry called the new goal, quote, “admittedly narrow.”


Democrats have been trying for more than a year to pass a plan that would charge power plants, manufacturers and other large polluters for their greenhouse gas emissions. The House voted last year for a “cap and trade” plan featuring economic incentives to reduce carbon emissions from power plants, vehicles and other sources. Senate Democrats had already scaled back their plans, looking only to limit carbon emissions from power plants, but even that found little support among Republicans, as well as about a dozen Democrats from manufacturing and coal-producing states.


For more, I’m joined here in Las Vegas by two guests who are attending Netroots Nation. Kate Sheppard covers energy and environmental politics for Mother Jones magazine, and Kate Horner is a policy analyst at Friends of the Earth. They were both on a panel on energy here, and the environment, at Netroots Nation.


We welcome you both to Democracy Now! Kate Sheppard, let’s begin with you. You’ve been writing in Mother Jones magazine about energy legislation. What do you make of this — well, of this energy bill that has little or no teeth?


KATE SHEPPARD: It has almost absolutely no teeth. This is basically the least ambitious plan they could come up with. It not only — it has very valuable things for oil spill response; it’s probably going to focus on reforming some important regulatory agencies and raising the liability cap so that BP pays what it owes in the Gulf. But going beyond that, it doesn’t really do much of anything. Ideally, this is going to be a bill that addressed carbon pollution, is going to be a bill that actually started phasing in clean energy, but it doesn’t do any of those things. It has a few incentive programs, one for energy efficiency, Home Star program, which will help incentivize people making their houses more efficient, which is a great — it’s a great progam. It also includes a minor provision that would fund natural gas trucks. But other than that, it doesn’t really do anything on energy. There’s no renewable electricity standard. There’s no cap on carbon. This is as scaled back as you could possibly make an energy bill.


AMY GOODMAN: How did this happen? I mean, we’re talking about this gutting of the energy bill in the wake of the BP oil spill, when everyone in this country sees the dangers of our dependence on oil.


KATE SHEPPARD: It also happens in the wake of one of the worst mining disasters in the country, as well. I mean, the dangers of our dependence on fossil fuels has never been more clear than it is right now. And if anything, you’d hope that this would be a point in time for an ambitious plan.


But I think what happened here is we saw both that leadership in the Senate didn’t really want this — I mean, John Kerry has been out there pushing for some kind of cap for months, but there really wasn’t backup from leadership and a force on other Democrats even to come along and vote for this measure. It’s kind of a cop-out to say the votes weren’t there, if you never actually really looked for the votes. At the same time, we didn’t see much ambition from the White House, either. They keep saying that they were working behind closed doors on this, but there was very little evidence that they really wanted a meaningful climate bill this year, publicly. You know, we know it looks like when the Obama administration wants something. They pushed for healthcare reform. They pushed for financial reforms. Maybe they didn’t go as far as people liked, but they pushed for it. And we never saw that on climate. It just never — it never reached the top of the priorities list.


AMY GOODMAN: Kate Horner, what message does this send to the international community?


KATE HORNER: I think this message sends the same message that they’ve been sending for the last eighteen months. I think that the biggest problem with the US right now in the international negotiations is not just that the US fails to be ambitious. They failed to be ambitious over the course of the last year. But even more egregiously, instead of being honest about where the US is right now, they’re actively trying to dismantle the international negotiations. So, what they’re doing is trying to weaken the international architecture and replace it with something far weaker that’s simply a system of pledges, not based on science and not based on equity.


AMY GOODMAN: OK, Copenhagen last December, Cancún this December, the climate summits that the world holds, the United Nations holds. Kate Horner, what can we expect in Cancún? What example has the United States set?


KATE HORNER: Well, I think that the position of the United States government in the negotiations is finally being made clear to the rest of the world. I think there was a lot of anxiety and a lot of trepidation about whether or not the US would come to the negotiations with something ambitious. And that was really the question: Will it be ambitious or not? No one, I think, really foresaw the extent to which the US government would actually play such an obstructionist role. Todd Stern, the special envoy for climate change appointed by President Obama, under the auspices of what he calls a new climate diplomacy, is taking this stance whereby they actively try to undermine all of the relevant, important provisions in the international architecture, and that’s the most damaging role. So I think we’re in a place right now where the onus is on the rest of the world to continue to be leaders in their respective areas. Europe, for example, who was the architect of the Kyoto Protocol, which is the only existing international legally binding instrument — whether or not they’re going to put their muscle behind it and really support it, and whether or not the rest of the world is going to put some pressure on the US to isolate them in their obstructionist role.


AMY GOODMAN: What is Friends of the Earth demanding?


KATE HORNER: Basically just that. I mean, we are an international network in seventy-seven countries around the world, and I think a lot of our national groups are putting pressure on their domestic governments for a continuation of the Kyoto Protocol and, in addition to that, very strong provisions for additional resources for developing countries, so they don’t get locked into the same dirty energy pathway that we’ve now become locked into.


AMY GOODMAN: Kate Sheppard, what is needed in the energy bill that you feel would be adequate?


KATE SHEPPARD: Well, first of all, it needs an ambitious cap on carbon. And it should have included a strong renewable electricity standard and energy efficiency standards. I mean, there are a lot of things that could have been included in there, but weren’t.


I would like to make a few decent points on behalf of what is in there. At least it doesn’t take away the EPA’s right to regulate carbon dioxide under the Clean Air Act. This is going to be really important going forward. There will be a number of attacks on the EPA authority. I think the important thing right now is to make sure that we put pressure on the EPA to actually go forward and act and also make sure that we fight off attacks on that authority. Another good thing about this is at least they didn’t lard it up with subsidies for nuclear and coal, which was a very real fear about a more comprehensive bill, that they would input all these incentives in there for energy state —- for coal— or nuclear-backed Democrats, which could have been a real problem, as well.


AMY GOODMAN: Well, I want to thank you both for being with us, the two Kates, Kate Sheppard of Mother Jones magazine and Kate Horner of Friends of the Earth. They are both here at Netroots Nation in Nevada, right here in Las Vegas, where thousands have gathered over the next few days. We’ll be back with more folks who are participating in a minute. 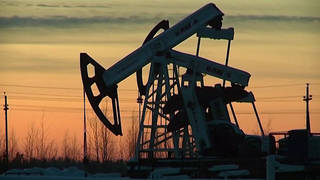