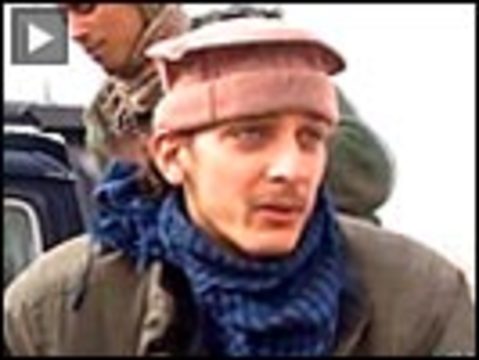 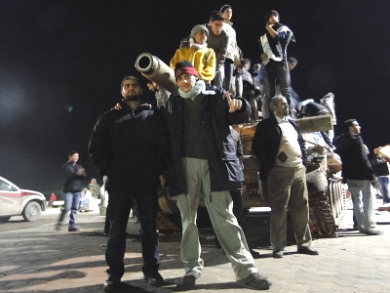 [Update: In a March 23, 2011 interview on Democracy Now!, Bensadik’s mother said that after her son was shot he may have been taken by Gaddafi’s troops while he was alive. Click here to see the interview.studentand]

Muhannad Bensadik was a 21-year-old Libyan American medical student in Benghazi who was born in North Carolina and whose family lives in Virginia. He participated in the Libyan uprising last month and then decided to join the armed struggle against Col. Muammar Gaddafi’s forces.

Muhannad was reportedly shot to death in fighting near Brega on Saturday, March 12, 2011.

Democracy Now! correspondent Anjali Kamat spoke to him by phone on March 10 while he was still in Brega. Click here to listen to the interview.

ANJALI KAMAT: And where did you grow up?

ANJALI KAMAT: Here in Libya, alright. Where did you grow up in Libya? Which city?

ANJALI KAMAT: When this started, it was a protest. When did you decide to join the people who are actually fighting?

MUHANNAD BENSADIK: Well, actually, it started, like, as a protest, but on the 17th, they started, you know, started shooting and killing people, you know? And since that day, I was with the protesters, you know?

ANJALI KAMAT: And when did you leave Benghazi? And, you know, have you ever used a weapon before? Do you know how to fight?

ANJALI KAMAT: Muhannad, how old are you?

ANJALI KAMAT: And what did you study?

ANJALI KAMAT: Describe where you are. You’re right now in Brega. Say a little bit about where you’re staying and who’s with you.

MUHANNAD BENSADIK: Well, I’m in a small camp in Brega — next to Brega city now with a few of my friends, you know?

ANJALI KAMAT: Have you been to Ras Lanuf yet?

ANJALI KAMAT: And what is it like there? Is the fighting pretty intense?

ANJALI KAMAT: Have you seen any of those who are fighting you?

ANJALI KAMAT: How many people are fighting in Ras Lanuf? How many rebels are there?

ANJALI KAMAT: And how would you describe most of the fighters? Are they young men? Are they students? Are they professionals?

MUHANNAD BENSADIK: Most of them are young, you know? Even they are about 16 years old to 30 years old, you know?

ANJALI KAMAT: And have any of them been trained? What’s the ratio between people who are untrained volunteers and those who might have belonged to the army?

MUHANNAD BENSADIK: Those belonging to the army are very few, you know, compared the volunteers, you know? And those volunteers didn’t even go to the military. They just took small lessons on how to use AKs and these small guns. That’s all they have, you know?

ANJALI KAMAT: Does this make you afraid, that you’re not well trained?

ANJALI KAMAT: Where are you getting all the weapons from?

MUHANNAD BENSADIK: Well, from the camps that [inaudible] in all the east areas — you know, Benghazi, Bayda, Ajdabiya, all these areas that used to have big camps that had weapons and ammunition. This is where we get this from.

ANJALI KAMAT: And who’s training you?

ANJALI KAMAT: How did your family feel about your decision to come fight?

MUHANNAD BENSADIK: Well, not really — actually, my mother is in the United States right now, and she’s calling like every half an hour, asking about me. And she’s like, “Go back home. You shouldn’t be there. You shouldn’t do this. You shouldn’t do that.” You know, she’s really worried. But my father is kind of OK with the — with the situation, you know, because he is here right now. He is Libyan. He just called me before you called me, and he was texting this ambulance car to come here, to help the people, you know, with — helping the wounded people from the battlefield to the hospital, you know?

ANJALI KAMAT: So what do you tell your mother?

ANJALI KAMAT: Do you have any siblings, Muhannad? Any brothers or sisters?

ANJALI KAMAT: Are they here in Libya or in the United States?

MUHANNAD BENSADIK: My brother is here in Benghazi, and my sisters stay with my mother in the United States.

ANJALI KAMAT: And is your brother also fighting, or how is — what is he doing?

MUHANNAD BENSADIK: No, no, he’s at home. No.

ANJALI KAMAT: OK. How long do you think you’ll be fighting?

ANJALI KAMAT: So, what are you looking for, in terms of support? What do you think people need the most in order to move forward?

ANJALI KAMAT: What is your sense of — you’re part American, and you spent some time growing up in the United States. Do you see any role for the United States in helping your struggle right now?

MUHANNAD BENSADIK: Not at all, no. Not really.

ANJALI KAMAT: So, describe a little bit how it feels. From February 15th to now, you’ve been doing things on your own, like you, yourself, just described, and trying to come out on the streets, protest, and then now take up arms and go fight. Do you feel like you’ve become a different person? What have these experiences done?

MUHANNAD BENSADIK: [inaudible] ourselves. We were not realizing how fast it was, you know, just from protesting, to fighting, to burning government buildings, to carrying weapons. You know, it just started very fast.

ANJALI KAMAT: And how does it feel? Describe the changes. I mean, this has all happened so fast.

MUHANNAD BENSADIK: Well, I cannot describe it. You know, just happened so fast that, you know, some people here, still sitting right here, say, “Did this happen? Is this true? Am I dreaming or what?” You know, just because nobody was thinking that something like this would happen, neither of us or our fathers or even our grandfathers, you know, because we did what our grandfathers and our fathers couldn’t do for the last 40 years. So it’s something like everybody’s wowed, you know?

ANJALI KAMAT: Has this changed your understanding of what it means to be a Libyan?

MUHANNAD BENSADIK: No, not really, no, because Libyan people are around like this, you know, for many years. You know, it’s just like small, you know, like tiny bomb, but just sleeping, you know, waiting for someone to turn it on. You know, then I think just turned on right now, you know?

ANJALI KAMAT: What would you like, in terms of action? What kind of action are you looking for?

ANJALI KAMAT: Now, would you —- as someone who’s fighting, who’s using arms -—

ANJALI KAMAT: — would you accept better equipment, better arms? Is this a conversation that’s taking place among the fighters, that you need better equipment? And suppose the United States or some other country were to send arms, would this be a useful thing, or is it something that you wouldn’t want?

ANJALI KAMAT: You have enough arms.

MUHANNAD BENSADIK: Yeah, we have enough arms. But the most thing we need is because we don’t have any air fighters or that much of equipment for anti-aircraft, you know? This is the only thing that we need, that they stop their fighters from traveling around us and shooting us from far away, from places that we cannot even see. This is the whole thing. This is what all the people is asking for, you know?

ANJALI KAMAT: Some people in the United States are calling this a civil war. Do you agree?

MUHANNAD BENSADIK: No, no, it’s not civil war. Just like the war for freedom. You know, it’s like — how can I describe it? It’s like a revolution, you know. Like, it’s just revolution, like what happened with [inaudible] and, you know, those rebels. This is how it is, you know? Not civil war. Because civil war happens between, you know, like, two different areas. This is happening between the all people of Libya and between the government. You know, this is how it is.

ANJALI KAMAT: Once this war is finished, and assuming Gaddafi leaves or is defeated, what would you like to do in your life?

MUHANNAD BENSADIK: Well, actually, I would like to finish my study and finish opening my dollar store company, because I was just about to open a dollar store here in Libya. And the opening was on the day that the protest started, so we canceled the opening. So, hopefully that as soon as it’s finished, we can open the store, you know, and finish with my study. 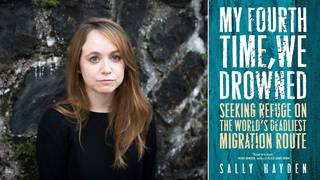