Documentarians Take On Power and Corruption: An Interview with the Sundance Institute’s Cara Mertes

Democracy Now! just returned from Park City, Utah, where we covered the Sundance Film Festival’s documentary track for the third year in a row. While there, we spoke with Cara Mertes, who oversees the Sundance Institute’s Documentary Film Program and Fund. In this interview, she describes how Sundance pairs selected filmmakers with advisory editors to “step back from the day to day and look again at how they’re telling the story.” One of those documentaries, Bananas, drew the ire of Dole Food Company for telling the story of how its plantation workers in Nicaragua successfully sued the company for its continued use of a pesticide that can cause sterility and possibly cancer. This year, the follow-up film, Big Boys Gone Bananas!, also directed by Fredrik Gertten, premiered at Sundance and exposed the corporate scare tactics Dole used to stop the documentary from being shown. Mertes notes that “documentarians are taking on these questions of power and corruption, increasingly, as journalists can’t.”

AMY GOODMAN: We’re broadcasting from Park City, Utah, at the Sundance Film Festival. And we’re joined now by Cara Mertes, who is the director of the Documentary Film Program and Fund here at the Sundance Institute.

CARA MERTES: Thank you very much.

AMY GOODMAN: So, 10 years of the documentary—

AMY GOODMAN: Talk about what the labs are here.

CARA MERTES: Sure, yeah. Sundance has a very unique lab structure. We’ve been doing that for 30 years, as well. It started with feature film. And it’s a very immersive retreat kind of opportunity. And we now have two doc edit story labs, and we bring a really creative village, actually, up at Sundance resort in the mountains, in the Wasatch Range. It’s incredibly beautiful. And we bring in about 25 or 30 people—advisers, directors and entire teams with films. We recreate their edit rooms. We bring in an assistant editor to support them. And then we spend the entire nine days, the entire group looking at each film and really helping the directors rebuild the film, from scratch, in a way, to revisit their original intentions.

And the whole idea is that we can really bump up the quality of the film by allowing the filmmaker to step back from the day to day and look again at how they’re telling the story. And I think the proof of the quality of the lab—we invite people that we really think can take the heat and really absorb all of this feedback, and pretty consistently we see those films are very successful on the festival and broadcast circuit. So, Queen of Versailles this year, which opened the festival, was a film that we labbed. And Lauren Greenfield will tell you it completely changed how she approached her storytelling.

AMY GOODMAN: Queen of Versailles, this brings up an interesting issue about taking on power, which so often documentaries do. You have another documentary here about the making of a film called Bananas!*, taking on Dole and pesticide use that ends up being used against Nicaraguan workers. The film, original film, Bananas!*, was to air at the L.A. Film Festival, and they were threatened with a suit. The filmmaker, a Swedish filmmaker, was threatened with a suit. Maybe you can tell us about what the next version of that film is that is now airing now at the Sundance Film Festival.

CARA MERTES: It’s premiering here. And interestingly, it’s Fredrik Gertten, is the filmmaker, who’s a journalist. And we supported Bananas!*, the original film. We funded and worked with him on it. And when he tried to bring it to Los Angeles, where the original lawsuit against Dole was based, Dole, of course, sued him, and sued the film festival. So it’s a very interesting cycle that we’re in now, as documentarians are taking on these questions of power and corruption, increasingly, as journalists can’t. What the corporations are doing, they’re trying to sue the weak link in the chain, which tends to be a non-profit. So, in that case, it was the Los Angeles Film Festival. In other cases, it’s the filmmaker, like Joe Berlinger’s case, where they go right after Joe Berlinger as an artist, who’s not making a lot of money, but he’s, you know, someone that perhaps the corporation can pressure into changing the outcome.

AMY GOODMAN: That was Chevron suing—

CARA MERTES: That was Chevron.

CARA MERTES: Correct. And that also premiered at the festival. And so, this year, with Queen of Versailles, David Siegel sued Sundance Institute, actually, for defamation, and is not really something—

AMY GOODMAN: Well, explain what Queen of Versailles is about.

CARA MERTES: Well, Queen of Versailles is about the Siegels, and David Siegel owns the largest timeshare property business in the world, actually, Westgate. And it’s a portrait, really, of the sort of American Dream gone wrong, through the lives of the Siegels. And they’re quite extraordinary people, actually, for letting Lauren spend four years working with them. And there was a—there was a question of whether or not the film might damage the reputation of the company, and that’s what the lawsuit is based on. But interestingly, it’s directed toward the Institute itself, as a non-profit, to try and—you know, try and affect the outcome of, you know, the way that the film will roll out. And beyond that, I can’t say too much about it, because I’m actually named in the lawsuit.

AMY GOODMAN: Well, Cara Mertes, I thank you very much for being with us. 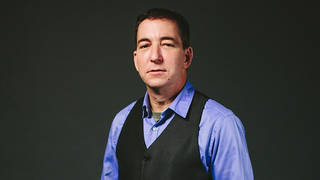