Van Jones on Democracy Now! Tuesday–Read An Excerpt From His New Book, “Rebuild the Dream” 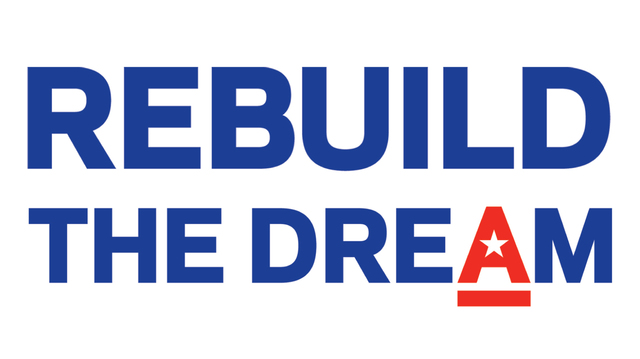 As Van Jones is interviewed on Democracy Now! you can read an excerpt from his newest book, Rebuild the Dream. The green economy pioneer reflects on his journey from grassroots outsider to White House insider, shares details of his time in the Obama administration and his resignation after coming under attack from then-Fox News host, Glenn Beck, and contrasts the structure and rhetoric of the 2008 Obama campaign, the Tea Party movement and Occupy Wall Street. Below is an excerpt from the book’s introduction.

And we are not going to let these things fail.

Of course, it will not be easy to stop the dream killers. Tax policy that burdens working families and gives the biggest breaks to the super-rich has helped to keep more and more of our national wealth locked in the private safes of the top 1 percent. This alarming economic polarization, combined with the constant flow of good-paying jobs overseas, threatens to end our status as a middleclass nation. Too many of our big banks and largest corporations are behaving in a manner that is both irresponsible and unpatriotic. Their conduct makes it that much worse for the many patriotic and responsible businesses—especially small businesses—that follow the rules and provide good jobs to their employees.

Additionally, many well-intentioned people have been recruited into a powerful crusade—the Tea Party movement—that promises the American people economic relief by slashing taxes and taking a wrecking ball to America’s government. The impact of the Tea Party’s reckless policies would be to financially decimate our government, further dismantle America’s middle class, and strengthen the chokehold that the top 1 percent has on the economy. Nonetheless, the Tea Partiers effectively seized the public narrative in 2009 and congressional power in 2010, quelling the wave of hope generated by the 2008 election. They have succeeded at painting their agenda “red, white, and blue.” If we are to have an economy that works for the remaining 99 percent, this kind of “cheap patriotism” must be sidelined in favor of a “deep patriotism”—one that honors the accomplishments of our parents and grandparents. After all, they used the tools of both free enterprise and democratic government to build a society that sets the global standard.

THE BATTLE IS JOINED

Fortunately, a new force has emerged with the long-term potential to both repair America’s democracy and renew the American Dream. A massive protest movement has risen within the United States, eclipsing the Tea Party. It aims to fix our political system, heal our economy, and end Wall Street’s tyranny over our lives. The outcome of the battle remains uncertain, but the highly anticipated “fight back” in America has begun. It’s about time.

Corporate America’s millions of casualties are beginning to find their voices, stand together, and fight back—against joblessness, homelessness, and despair. The destruction of America’s middle class is meeting with angry opposition in the streets. The protest wave began in February 2011. It was powered by public fury over union-busting legislation proposed by Tea Party governors in Wisconsin and Ohio. It grew throughout the spring, as students mobilized to oppose tuition hikes, and foreclosure victims resisted evictions. In the summer of 2011, hundreds of thousands took to the streets in every U.S. congressional district to rally against devastating budget cuts under the slogans “Jobs Not Cuts” and “Save the American Dream.”

Then, on September 17, a few hundred activists calling themselves Occupy Wall Street pitched their tents in Manhattan’s financial district. Their daring tactic captured the imagination of millions in America. The boldness of their action ignited a passion for change in hundreds of other cities in the United States and around the world. The tiny spark that was struck in the Wisconsin winter became a national and even global prairie fire by the end of the year.

Most importantly, in a country that has been divided along so many lines of color and economic condition, the Occupy Wall Street protesters created a new identity that can include and unite the vast majority of Americans. Their simple slogan—“We Are the 99%!”—is now the rallying cry for everyone who is struggling against an economy that enriches the few at the expense of the many. That rallying call is meant to underscore the ways in which the nation’s economy is failing everyone—except the very top 1 percent. It is intended to empower members of America’s supermajority to understand ourselves as having a shared plight, a common cause, and enough power to change things.

There is reason for hope. The United States remains a rich nation—the wealthiest and most inventive in the history of the world. Global competition and technological advances pose challenges for American workers, but we should always remember that the proverbial pie is bigger than ever today—and still growing. As a nation, we are getting richer; our GDP is still greater than it has ever been. The problem is not that the pie is shrinking; it is that working families are taking home smaller slices of it, as wealth and income are concentrated upward. It will take smart policy, better business practices, and community-driven innovation, but we still have the power to reclaim, reinvent, and renew the American Dream.

To transform some of its protest energy into electoral power;

To shift from expressing anger to providing answers; and

To balance confrontation with aspiration and inspiration.

At this pivotal moment in history, we can make our economy respect the 99% and work for the 100%. To do so, we must develop and promote serious solutions that fit the scale of the problems that the protests of 2011 highlighted.

This book proposes some.

America is still the best idea in the world. The American middle class is still her greatest invention. This book is dedicated to the proposition that—with the right strategy and a little bit of luck—the movement of the 99% can preserve and strengthen them both.

Excerpted with permission from “Rebuild the Dream,” by Van Jones.  Available from Nation Books, a member of The Perseus Books Group.  Copyright © 2012. 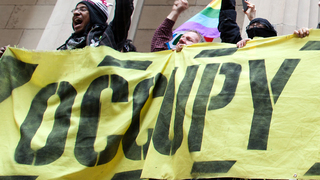