“Enemies: A History of the FBI”: Tim Weiner Explores a Century of Secrets, Snooping and Subterfuge

More than 70,000 pages of recently declassified documents about the history and practices of the FBI form the foundation of a new book by Pulitzer Prize-winning journalist Tim Weiner, titled “Enemies: A History of the FBI.” The book exposes how FBI directors, U.S. presidents and attorneys general have exercised their powers — both inside and outside the law — in the name of national security. Weiner explores how the FBI, since its formation over a century ago, has dealt with terrorists, spies and anyone else deemed subversive. He focuses in part on FBI Director J. Edgar Hoover and argues, “Nobody who’s not president will ever have that kind of power again.” Weiner notes presidents, from Franklin Delano Roosevelt to Richard Nixon, found Hoover invaluable. “Information is power. … Hoover brought them secret information. That’s power squared,” Weiner says. [includes rush transcript]

AMY GOODMAN: Talk about the history of the FBI. You also have revelations about J. Edgar Hoover himself in your new book, Enemies.

TIM WEINER: Sure. Well, Hoover ran the FBI for 48 solid years, by himself, from 1924 to 1972. Nothing like it in American history. The FBI itself was founded by President Theodore Roosevelt in 1908, 103 years ago. He wanted to go after three targets: anarchists—an anarchist had murdered President McKinley, making Roosevelt president in 1901; plutocrats, the malefactors of great wealth, as Roosevelt called them; and crooked congressmen. Well, one out of three ain’t bad, I guess, because they went after the left, and they went after them hard, and they never stopped watching them.

Hoover himself joined the Justice Department just as the United States was entering World War I in 1917. Within three years, in 1920, he was running the biggest counterterrorism raids in the history of the United States, arresting thousands upon thousands of people who were pacifists, anarchists, socialists and other enemies of the state. Couple years after that, before he turned 30, he was running the FBI. He stands in the middle of the American century like a great statue encased in grime. But he was not a monster. As the documents that I got for this book, Enemies, reveal, he was a Machiavelli. His power came from presidents, from Franklin D. Roosevelt onward, who gave him the power to bug, to wiretap, to break into people’s homes, to act as, essentially, the American secret police.

NERMEEN SHAIKH: Can I just go back to a point that you made earlier, well, that wasn’t sufficiently clarified, that the original FBI report on King—so, what did it say, that he was in fact a threat, or—

NERMEEN SHAIKH: And therefore, he was a threat.

TIM WEINER: And therefore, he was a potential pawn of the Communist Party.

TIM WEINER: And they never stopped watching him until the day he died.

AMY GOODMAN: The revelations you have about J. Edgar Hoover himself—for years it was talked about him having a gay relationship with his, what, top partner in the FBI.

AMY GOODMAN: Talk about this.

TIM WEINER: Well, it’s nonsense. The rumors that Hoover was gay, you can track them almost to the month they began, in 1937, which is when he started going after gays in the government and destroying their careers and ruining them, up to and including FDR’s favorite secretary, assistant secretary of state. When he started destroying the lives and careers of gays in the government, the rumor started that he himself was gay. There is not a shred of evidence to support that J. Edgar Hoover ever loved anyone, except possibly his dogs.

NERMEEN SHAIKH: But why does it matter?

TIM WEINER: It doesn’t. What matters is that he destroyed the lives and careers of uncounted thousands of homosexuals at every level of the government. And we’ve just now, 75 years after this began, come to terms with gays in the military.

TIM WEINER: That is part of his legacy. If you were a homosexual, you were a security threat, and you could not serve your government.

NERMEEN SHAIKH: You say—you said right now, and you say it in the first couple of pages of your book, as well, that he wasn’t a monster. What would make anyone a monster, I wonder?

TIM WEINER: The power that this man had, no one will ever have that much power, no unelected person. Nobody who’s not president will ever have that kind of power again. What would make him a monster was the destruction of innocent people. That is not merely what he was. He was a connoisseur of power, and from presidents, from FDR on to Richard Nixon, those presidents found him invaluable, because he brought them the dope, didn’t he? He got the dirt. He brought them information. Information is power. Secret information.

AMY GOODMAN: And he had dope on them.

TIM WEINER: Up to a point. He had dope on some of them, OK? Get to that in one minute.

Yeah, he had dirt on John Kennedy, but it was very old dirt. In 1942, the FBI was trailing a woman named Inga Arvad, who had been, among other things, Hitler’s publicist at the 1936 Olympics. And they followed her out of Washington down to a hotel room, where she had an assignation with a young Navy lieutenant named John F. Kennedy. That’s 1942. They bugged the bedroom, didn’t they? And Hoover had the tape and the transcript. He told his very good friend, Ambassador Joe Kennedy, John Kennedy’s father. And this was not a Sword of Damocles hanging over JFK’s head. He had a hundred such assignations over his life. But he knew Hoover knew. It wasn’t blackmail exactly, but it was a demonstration of the kind of power Hoover had.

AMY GOODMAN: We’re going to go to break in a minute, but the early part of the Cold War, Hoover proposing detaining some 25,000 Americans in secret prisons here. He ruled for, what, 48 years, head of the FBI? Tim Weiner?

TIM WEINER: Yes, he set up a plan whereby in a state of emergency, a state of war or a national crisis, the United States would build stockades, secret prisons. We did build them in the 1950s, six of them. They were never filled.

TIM WEINER: All over the country, adjacent to military bases. And finally, Richard Nixon canceled this program in 1971. He had his own plans for detaining Americans.

AMY GOODMAN: We’re going to continue with Tim Weiner. He’s won the Pulitzer Prize and the National Book Award for his writing on American national security. His latest book, Enemies: A History of the FBI. We’ll look at FBI surveillance today. Stay with us. 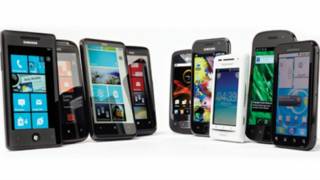