Protests are spreading in the Middle East over a movie made by a U.S. filmmaker considered blasphemous to Islam. Earlier today, hundreds of Yemeni demonstrators stormed the U.S. embassy in Sana’a, smashing windows and burning cars before breaking through the compound’s main gate. Protests have also occurred in Egypt, Iraq, Iran, Tunisia and Bangladesh, as well as the occupied Gaza Strip. We get updates from journalists Iona Craig in Sana’a and Sharif Abdel Kouddous in Cairo. [includes rush transcript]

JUAN GONZÁLEZ: Violent protests continue in the Middle East over an American-made film considered blasphemous to Islam. Earlier today, hundreds of Yemeni protesters stormed the U.S. embassy in Sana’a. The protesters smashed windows of the security offices outside the embassy and burned cars before breaking through the main gate of the heavily fortified compound. Some demonstrators scaled the walls of the embassy, while others set fires just outside the compound. Meanwhile, at least 16 demonstrators were injured earlier today outside the U.S. embassy in Cairo. Police reportedly used tear gas to disperse the protesters after they threw stones and petrol bombs near the embassy.

The protests in Yemen and Egypt follow Tuesday night’s storming of the United States consulate in the Libyan city of Benghazi. U.S. Ambassador Christopher Stevens and three other staff members were killed in the attack. Stevens is the first U.S. ambassador to be killed on duty since 1979. On Wednesday, President Obama vowed to bring to justice those responsible for the deaths in Libya.

PRESIDENT BARACK OBAMA: The United States condemns in the strongest terms this outrageous and shocking attack. We’re working with the government of Libya to secure our diplomats. I’ve also directed my administration to increase our security at diplomatic posts around the world. And make no mistake, we will work with the Libyan government to bring to justice the killers who attacked our people.

JUAN GONZÁLEZ: The Obama administration has dispatched an elite group of marines to the Libyan capital of Tripoli. In addition, two U.S. warships are reportedly heading toward the Libyan coast, and the U.S. has redeployed surveillance drones over Libya. Protests against the film have also occurred in other countries, including Iraq, Iran, Tunisia and Bangladesh.

AMY GOODMAN: At the center of the controversy is an online trailer for a low-budget film called The Innocence of Muslims. Initial reports said the film was directed by an Israeli real-estate developer living in California named Sam Bacile, but questions have arisen over whether such a person even exists. One person known to be directly involved in the film is a Coptic Christian living in California named Nakoula Basseley Nakoula.

We’re going to begin today’s show in Yemen with Iona Craig, a journalist with The Times of London based in the capital of Yemen, Sana’a.

Can you tell us, Iona, what is happening outside the U.S. embassy in Sana’a right now?

IONA CRAIG: The situation now is relatively calm compared to what it was a few hours ago. Earlier this morning, protesters marched on the U.S. embassy from three different directions and breached—the approach was to the U.S. embassy building itself. They then managed to breach the cordon that had been set up on the street and managed to get inside the U.S.—to the compound itself, burning two SUV vehicles and burning the U.S. flag. When I was there, there were then shots being fired by the Yemeni security forces in attempt to push the crowd back and disperse them, but they were gathering again and burning tires and still chanting outside the U.S. embassy building.

JUAN GONZÁLEZ: Well, the press reports here, though, say that the demonstrators were eventually rebuffed or expelled from the embassy grounds?

IONA CRAIG: Yes, that’s correct. As I said, there’s kind of three approach roads up to the—up to the embassy building, and they were being pushed back beyond these concrete blocks they’re using as roadblocks in order to secure the area around the embassy building itself. But I have to say, when I was there, I witnessed protesters again trying to breach that cordon. And at one point, the soldiers, the Yemeni soldiers, just let them through. And as they marched closer to the U.S. embassy building itself, the soldiers were actually just walking alongside them and letting them go. Before then, eventually turning around and opening fire over the heads of the demonstrators.

IONA CRAIG: This is what they all tell me. All the people I spoke to today and certainly the chanting that was going on is all related to this film. They saw it as an insult against Prophet Muhammad. It’s blasphemy. They were calling for the death of the filmmaker. And they said they would not leave until the Americans left, is what they were chanting, and that they wanted to see the U.S. embassy closed as a result of this. I have to say, amongst the people I spoke to, I didn’t actually find anybody that has seen the picture, this film, that has been posted on YouTube. But they had all certainly heard about it. And this is almost [inaudible] what we’ve seen in Libya and in Egypt, as well.

AMY GOODMAN: There was a drone attack that supposedly killed the number two man in al-Qaeda in the Arab Peninsula. The Yemeni government took credit for this attack. We have seen in WikiLeaks documents over time that the Yemeni government does take credit for U.S. drone strikes, so it’s not clear exactly what happened. Was the issue of the drone attack raised, as well?

IONA CRAIG: Of all the people that I asked, there was no—there was no relationship between that. Nobody mentioned the issue of drones. Nobody mentioned even that there was a killing of AQAP’s number two—and, by the way, it isn’t confirmed yet; it’s not 100 percent—or even an attack two weeks ago that killed 13 civilians 90 miles south of Sana’a. All the people I spoke to, it is all related to this film. Nobody mentioned the issue of drones, even those that have increased the anti-American rhetoric here over the last year amongst the wider population. This [inaudible] just a few hundred, really, that approached the American embassy have said they’re were specifically there for—the people that I spoke to, anyway—in retaliation to this film that they saw as an insult on Prophet Muhammad.

AMY GOODMAN: Iona Craig, we want to thank you for joining us from Yemen. Iona Craig is an English journalist based in Sana’a, editor at the Yemen Times and The Times of London, as we turn now to Cairo. Democracy Now!’s correspondent Sharif Abdel Kouddous is in the Egyptian capital.

Sharif, can you talk about what’s happening outside of the U.S. embassy in Cairo?

I just came back from the protests there. There’s continuing clashes with police that have spilled over into Tahrir Square. The U.S. embassy lies just a couple of hundred yards from Tahrir, which was the epicenter of the revolution here in Egypt. And there are continuing tear gas being fired, rocks thrown by the protesters against police. There’s police trucks. The clashes aren’t exceptionally fierce, but there seems to be no sign of letting up, either. So, the police seem to have moved the protesters last night and the—or the early hours of this morning away from the U.S. embassy, maybe a hundred yards away, and are now kind of on the outskirts of Tahrir. Many of these protesters today and last night are really a different crowd than were there on Tuesday night when this first began, when protesters were in front of the embassy and took down the American flag. Many of these are kind of young protesters who you typically see kind of in a lot of these clashes with police. Like—as Iona mentioned in Yemen, I could not find one protester who had actually seen this—you know, the trailer for this movie, which has incited such anger. They—but everyone cited the movie as saying their reasons for being there, for being against any kind of insults for the prophet. But really these—I think it was used as a trigger by conservative Muslim groups here in Egypt. For example, Nader Bakkar, who’s a spokesperson for the Nour Party, which is the largest Salafi party here in Egypt, and it’s allied with the Muslim Brotherhood, he said on Al Jazeera Mubasher, a channel here, that the film had been broadcast on U.S. channels, which is a blatant lie. So, that’s what’s happening right now on the ground.

On the political scene, we had President Mohamed Morsi—he waited 24 hours after the initial protest on Tuesday night before releasing any kind of statement. He’s in Brussels today on his first visit as Egyptian president to Europe, and he spoke at a press conference about what’s happening. He said he condemned any attacks or any non-peaceful protest and any attacks on embassies, but he also condemned any insults to the prophet. He had a phone call with President Obama this morning, and he said he offered his condolences for the deaths of the four Americans who died in Benghazi, including Ambassador Stevens, and also said he—and said he hoped that President Obama would affirm the need for any determined legal measures against those who want to damage relations between Egypt and the United States, I think hinting at—you know, for the United States to take some kind of legal action against the producers of this movie. There’s also been at the same time Morsi’s movement. He, of course, came from the Muslim Brotherhood and is still a member of the Muslim Brotherhood. The Muslim Brotherhood has called for protests tomorrow, peaceful protests in front of mosques. But nevertheless, it has called for protests against this movie, against insults to Islam and to the prophet. And this is the same group that last week spent last week wooing American investors to try and invest in Egypt. So, that’s really what’s happening on the ground here right now.

AMY GOODMAN: Sharif, I want to thank you for being with us. Sharif Abdel Kouddous, Democracy Now! correspondent in Cairo, Egypt. This is Democracy Now!, democracynow.org, The War and Peace Report. When we come back, we’ll be joined by the—one of the leading Islamic thinkers. His new book is called Islam and the Arab Awakening. Tariq Ramadan will join us. Stay with us. 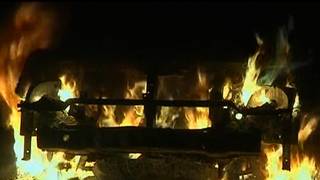