We remember Rebecca Tarbotton, leading environmentalist and executive director of Rainforest Action Network, who has died at age 39. Tarbotton passed away after a swimming accident in Mexico while on vacation. She was RAN’s first female executive director and appeared on Democracy Now! in May to talk about its campaign against Bank of America, which is the lead financier of mountaintop-removal coal mining. We ask environmentalist Bill McKibben to share his reflections on the work of Tarbotton, his friend. “Becky was one of the very first people involved in this tar sands campaign,” says McKibben of the movement to stop the Keystone XL pipeline. “We have no surplus of feisty, smart, wonderful, young environmental leaders.” [includes rush transcript]

AMY GOODMAN: I wanted to end today’s show by asking Bill McKibben about Becky Tarbotton. Rebecca Tarbotton, the executive director of the Rainforest Action Network, the first woman leader of the Rainforest Action Network, RAN, one of the leading environmentalists in this country, 39 years old, died of a swimming accident in Mexico while on vacation. You knew Becky Tarbotton. Your thoughts, Bill?

BILL McKIBBEN: It is an unbelievable loss. We have—we have no surplus of feisty, smart, wonderful, young environmental leaders. It was an enormous loss. Becky was one of the very first people involved in this tar sands campaign. She was one of the very first people to say, “We’re going to do this divestment stuff with you.” She just wrapped up at RAN this great, great campaign that brought Disney, one of the world’s biggest corporations, to heel on their use of rainforest paper. She was a hero among heroes. And it was—it was just, by far, the saddest news one could have imagined. And the only thing I would say is that people at the Rainforest Action Network now really need our help, and probably our money and everything else, going forward in the next few months as they make that transition.

BILL McKIBBEN: They’re an organization with a great history and a great future. They’re going to need lots of help. 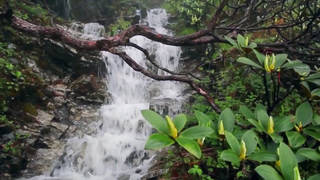