At his inauguration four years ago, President Obama refused to accept corporate donations, but this year ExxonMobil, AT&T and Microsoft are among the biggest backers of the festivities. With Obama now accepting unlimited corporate funding, donors have been offered a number of sponsorship options, including the top tier of $1 million for institutions and $250,000 for individuals. In contrast, corporate, lobbyist and political action committee donors were banned in 2009, and individual contributions were capped at $50,000. Today’s ceremony happens to fall on the third anniversary of the Supreme Court’s decision on Citizens United v. Federal Election Commission, allowing unlimited outside spending on political campaigns. We’re joined by Liz Bartolomeo of the Sunlight Foundation, which is tracking money and influence at the inauguration. [includes rush transcript]

StoryMar 13, 2015Should McDonald’s & Monsanto Have the Same Rights as People? A Debate on Corporate Personhood

AMY GOODMAN: The Peace Ball, which was held at the Mead Center for American Theater, was not affiliated with any party, though thousands came out. The number of official balls celebrating Obama’s inauguration is down from 10 in 2009 to just two this year. But this time Obama agreed to accept unlimited corporate funding. Donors have been offered a number of sponsorship options, including the top tier of $1 million for institutions, $250,000 for individuals. In contrast, corporate, lobbyist and political action committee donors were banned in 2009, and individual contributions were capped at $50,000. Several of the nation’s most powerful corporate lobbying forces are bankrolling this year’s festivities; they include AT&T, Microsoft, Southern Company, which have collectively spent almost $160 million on lobbying since Obama first took office. Today’s ceremony falls on the third anniversary of one—of the Supreme Court’s Citizens United decision, allowing unlimited outside spending on political campaigns.

For more, we’re joined here in Washington, D.C., by Liz Bartolomeo, communications manager for the Sunlight Foundation, which is tracking money and influence at the inauguration. They have a website called Political Party Time that tracks all the informal celebrations taking place, in addition to the two official balls. It also features a map that shows who’s fundraising and where.

Liz, we welcome you back to Democracy Now!

LIZ BARTOLOMEO: Great to be here.

AMY GOODMAN: So tell us what’s happening today in these officials balls.

But what the Sunlight Foundation is tracking all around the D.C. area this weekend, pretty much beginning Friday night, is some of these unofficial parties. Some are them are like the Peace Ball, which are people gathering together in D.C. celebrating democracy, celebrating the cause, and really just celebrating inaugurations as a great time for the country. But other events might be a dance party at a popular nightclub. There might be a state society that’s a fundraiser as well as a celebration for those groups, or they might be more corporate-funded, lobbyist-funded events.

AMY GOODMAN: So, tell us about the two official balls—

AMY GOODMAN: —what they’re called, who sponsored them.

LIZ BARTOLOMEO: Oh, sure. Well, the two official balls are actually what the taxpayers do, as well as the Presidential Inaugural Committee. The Presidential Inaugural Committee is a private group that has been set up by the Obama administration, and they’re collecting an upwards of maybe $50 million to throw these events. The Commander-in-Chief’s Ball is for military families, those that are in the service. The one—the inaugural ball is going to be—have again—it had some tickets open to the public. There was a little Ticketmaster situation, so not everybody got their tickets. But they’re going to be very popular events this evening.

LIZ BARTOLOMEO: The Black Tie and Boots Ball is what the Texas State Society had this weekend. It’s a very popular event. Obviously, it was a little—it was definitely one you had to go to during the Bush administration, him being from Texas. But it’s the Texas State Society, and they had it out across the river, across the Potomac, at the National Harbor, and it featured some members of Congress, country music, and it also had a number of corporate sponsors. It had Coca-Cola. It had Blue Shield of Texas, which give an upwards of a quarter of a million dollars to sponsor it.

AMY GOODMAN: And what is Blue Shield? How significant is that?

LIZ BARTOLOMEO: Well, I mean, listen, they’re a big insurance company. Obviously, healthcare reform, and the insurance industry as general, is definitely on the minds of members of Congress, on the minds of the public. And they’ve got to be able to get their name out there, front and center, to the hundreds of people that attended the ball.

AMY GOODMAN: And explain what they have been pushing for in terms of healthcare—for example, the individual mandate.

LIZ BARTOLOMEO: You know what? I’m actually not really that familiar with what Blue Shield of Texas was pushing, but obviously, listen, it’s 2013 now. A lot of stuff that’s happening with the healthcare reform is going to be coming up. So this is just the first of many of how the healthcare industry is going to be—start pushing their agenda in Washington this year.

AMY GOODMAN: The other companies involved with this one?

LIZ BARTOLOMEO: Yeah, some other ones included Chevron, ExxonMobil—obviously, the oil industry being something that’s definitely deep in the heart of Texas, so to speak. Also, some airlines gave money. There’s Southwest Airlines, United. They have a few hubs in the state, as well. So, they gave a little less. They gave an upwards of $50,000. But still, for one night, for a few hours, spending a quarter million dollars, spending $50,000, just to get in front of a very small group of people, is an investment they made.

LIZ BARTOLOMEO: Georgia State Society was a little more—celebrating the Peach State. They had Gladys Knight as one of the honorees there. They had a lot of local businesses set in the state as sponsors—Coca-Cola, obviously; Home Depot; Kia Motors, if anyone has seen, you know, the Soul commercials, a popular car for some younger people; as well as UPS. You sort of, “Why them?” Well, actually, UPS is really active here in Washington. They have a townhouse on Capitol Hill, where they do a lot of fundraisers for members of Congress. So, they’re not a surprising name to see.

AMY GOODMAN: Talk about the Presidential Inauguration Committee, a little more about that.

LIZ BARTOLOMEO: Sure, the Presidential Inaugural Committee, which has the acronym PIC, P-I-C, is a private group. And what they do is they fundraise to help support the official inaugural balls, the parade itself. This stuff is not inexpensive to do. But what—as you mentioned at the top, what the inaugural committee is doing this year is they are saying yes to unlimited money in this age, this post-Citizens United age. And so, they are reaching out to their bundlers, but also corporations, unions—no lobbyists, no political action committees. But that—last year—in 2009, rather, this group raised about $53 million. But this year they’re not saying how much they’re raising. We won’t know ’til April. All they have online is about 1,000 names. That includes members of Congress, unions, some bundlers, as well as a number of corporations.

AMY GOODMAN: What about disclosure around the voluntary pro-inaugural disclosure of donors?

LIZ BARTOLOMEO: It’s weak this year, to be honest. What happened four years ago, in 2009, the Presidential Inaugural Committee, about two months before Inauguration Day, posted online the names of their donors, how much they gave, where they were from, who there was—employers are. It was a really great way to see real-time online disclosure of who’s funding these inaugural events. But this year, all we’re seeing is just a very, very long list of names. And we won’t know until April who actually—what they actually gave.

AMY GOODMAN: In terms of sunlight, which way are we going, Liz?

LIZ BARTOLOMEO: We seem to be, slowly but surely, two steps toward, one step back. You know, when President Obama was first elected to office, he promised to be the most transparent administration. And there has been a lot of gains. There has been just some not that well moving forward. It’s the third anniversary of Citizens United. We still are saying—allowing to have unlimited corporate spending, unlimited union spending, unlimited personal spending in our elections. You know, soft money is on the rise again. And there’s no DISCLOSE Act. The president has been fairly mum on this topic. At the Sunlight Foundation, we’re very curious to see how this new C4 that has been set up, the former campaign Organizing for America, how they have promised real-time—they have promised online disclosure of who their funders are. We’ll see if they live up to that promise.

AMY GOODMAN: Well, Liz Bartolomeo, thank you for enlightening us, as you did during the conventions, of the Sunlight Foundation.

Civil Rights Leader Julian Bond: Obama Won with a New Electorate: “The Coalition of the Concerned”

NEXTCivil Rights Leader Julian Bond: Obama Won with a New Electorate: “The Coalition of the Concerned” 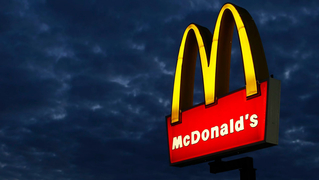 Should McDonald’s & Monsanto Have the Same Rights as People? A Debate on Corporate Personhood