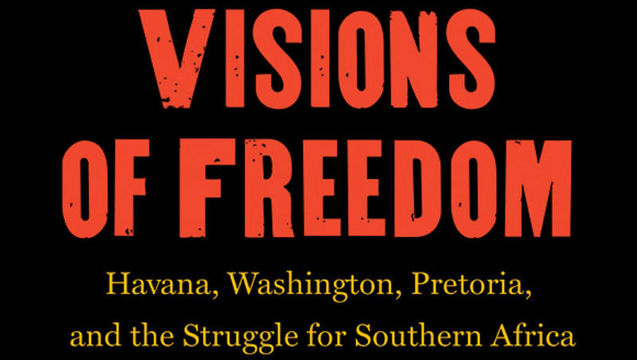 On Wednesday, Democracy Now! will look into the relationship between the anti-apartheid struggle in South Africa and in Cuba under Fidel Castro, which has drawn more attention after President Barack Obama shook hands with Cuban President Raúl Castro today as he made his way to speak at the podium during the memorial to Nelson Mandela.

(Click here to see a link to a video of Mandela visiting Fidel Castro in Cuba in 1991 after his release from prison.)

We will speak with Piero Gleijeses, author of the new book, Visions of Freedom: Havana, Washington, Pretoria, and the Struggle for Southern Africa, 1976-1991. Gleijeses argues that it was Cuba’s victory in Angola in 1988 that forced Pretoria to set Namibia free and helped break the back of apartheid South Africa. In the words of Nelson Mandela, the Cubans “destroyed the myth of the invincibility of the white oppressor … [and] inspired the fighting masses of South Africa.”

Read the prologue from his book below.

Prologue from Visions of Freedom by