On 45th Anniversary of His Death, Martin Luther King Jr. on the Power of Media and the Horror of War

Forty-five years ago today, Dr. Martin Luther King Jr. was assassinated on the balcony of his hotel room at the Lorraine Motel in Memphis, Tennessee. Dr. King was in Memphis to march with sanitation workers demanding a better wage. We air part of a speech he gave to the National Association of Radio Announcers the previous year in Atlanta, Georgia. Dr. King spoke about the power of the media and the horrors of war in Vietnam. [includes rush transcript]

AMY GOODMAN: In a moment, we’re going to look at an historical trial in New York over the police department’s stop-and-frisk program. But first, we’re going to turn to the words of Dr. Martin Luther King. It was 45 years ago today that Dr. King was assassinated, shot on the balcony of his hotel room at the Lorraine Motel in Memphis, Tennessee. We’re going to play a part of a speech Dr. King made to the National Association of Radio Announcers the previous year in Atlanta, Georgia. He spoke about the power of the media and the horrors of the war in Vietnam. It was August 11th, 1967.

REV. DR. MARTIN LUTHER KING JR.: We’re going to transform this neighborhood into a brotherhood. We have got to get rid of war. John Fitzgerald Kennedy said on one occasion that mankind must put an end to war, or war will put an end to mankind.

And we all know the physical casualties, the nightmarish physical, physical casualties of that war. We see them. We see the rice fields of that little Asian country being trampled at will and burned at whim. We see crying mothers with little babies tightly clutched in their arms as they stand and watch their little huts burst forth into flames. We see fine young men from our own nation dying in mounting numbers, being wounded every day. We see Vietnamese boys and girls, men and women, dying every day. And we see little children being burned with napalm.

That isn’t all that’s happening as a result of that war. That war in Vietnam has isolated our great nation morally and politically. There isn’t a single ally, major ally of the United States, who would dare send a troop to Vietnam. Allies that have been with us in other wars in the past aren’t there. And today we stand without any friends in the world where this war is concerned, with the exception of a few puppet client nations like Taiwan, Thailand, South Korea, and that’s about it. This war has damaged our image in the world.

It’s strengthened the military-industrial complex in our country, and it’s strengthened the forces of reaction. It’s diverted attention from civil rights. All of the emotions and all of the energies and all of the resources that should be going into civil rights to solve the problems of our cities are so often going into that war. And here we are fighting two wars: a war against poverty, which ends up not even being a good skirmish against poverty, and a war in Vietnam. And we are losing both of them, morally and politically.

AMY GOODMAN: That was Dr. Martin Luther King speaking before the National Association of Radio Announcers in Atlanta, Georgia, on August 11th, 1967. Dr. King was assassinated 45 years ago today in Memphis, Tennessee.

This is Democracy Now!, democracynow.org, The War and Peace Report. When we come back, a historic trial is taking place in New York about the New York Police Department’s policy of stop and frisk. Stay with us. 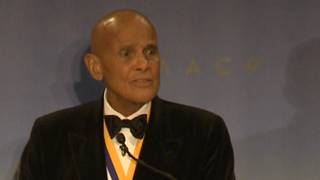