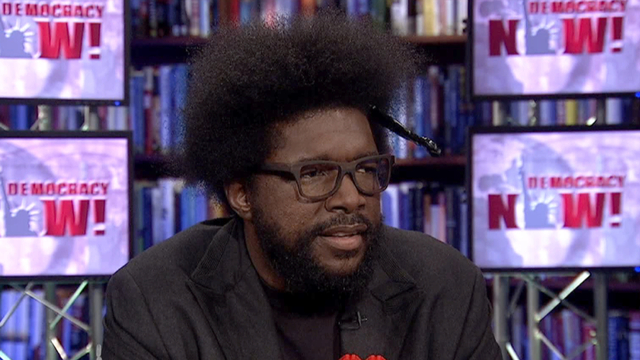 Here are some web-only highlights of our interview with hip-hop artist Ahmir “Questlove” Thompson, drummer and co-founder of The Roots, the legendary hip-hop group and house band on NBC’s Late Night with Jimmy Fallon. He is also a DJ, music scholar and author of the new memoir, “Mo’ Meta Blues: The World According to Questlove”. (If you missed today’s show watch Part 1 Questlove on Police Racial Profiling, Stop & Frisk, the Message He Took from Trayvon Martin Verdict and Part 2 Questlove on His Musical Upbringing, Hip-Hop’s 40th, Soul Train and New Memoir, 'Mo’ Meta Blues.')

Questlove of The Roots on His Musical Memoir, 'Mo’ Meta Blues: the World According to Questlove'

Questlove of The Roots: How the DEA Once Mistook Me for a Drug Don

Questlove on How He Warned Occupy Wall Street of the Police Raid on Zuccotti Park: 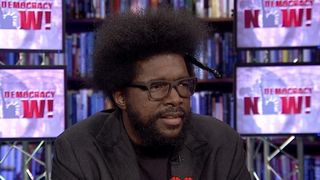