The legendary Canadian musician Neil Young joined Saturday’s protest against the Keystone XL pipeline in Washington, D.C. “We’re all children of Mother Earth, and I’m here because I feel we are all threatened by what’s happening as a planet,” Young said. “We’re threatened. I feel that the fossil fuel age is ending. It’s having its first death gasps, and we need to keep pushing. We need to stop this pipeline [bringing] this really bad fuel from the tail of the snake in Canada all the way down to the head of the snake in Texas.”

AMY GOODMAN: Well, we’re going to end with Neil Young. Neil Young, the famous musician, was in Washington at the rally on Saturday speaking against Keystone XL pipeline.

There’s an ancient story about a black snake that comes and threaten the First Nations people across North America. And this is it. It stretches from the tar sands of Alberta to the Gulf of Mexico. And it carries this poison that is going to do incredible damage to Mother Earth, three times as much CO2 in this oil as any other oil on the planet. It turns a Toyota Celica into a Chevy Suburban if you burn gasoline in that. That’s what happens. This is what’s going down this pipeline. For who? For what? It’s not for you. It’s not for us. It goes to a tax-free zone in Texas, so that it can be shipped to Asia or somewhere else in the world and used in automobiles to pollute. And we can’t have any more pollution. We need the CO2 to stop.

That’s why I stand with my friends. They are the people of the Earth. They are the caretakers of the Earth. We love the Earth. We don’t want to see this happen. Our grandchildren will be trying so hard to dig themselves out of the hole that we’re digging right now just to make a few bucks over the last few years of the fossil fuel age. We need to end the fossil fuel age and move into something better. So, I say—I say to President Obama: “This is your defining moment in the history of the world. Make your statement. And make a statement that’s good for all time. It’s a change. The change is coming. Why not give it a push? Why not stand up and put America on the right side of history?” Blessings.

AMY GOODMAN: Neil Young speaking at Saturday’s rally against the Keystone XL pipeline. Thank you to our three guests: Gary Dorr, media and logistical coordinator for the Rosebud Sioux Tribe’s Shield the People project, member of the Nez Perce Nation, speaking to us from Washington; Art Tanderup, Nebraska farmer with the Cowboy and Indian Alliance; and Daryl Hannah, the actress and activist.

When we come back, Ralph Nader on Unstoppable: The Emerging Left-Right Alliance to Dismantle the Corporate State. Stay with us. 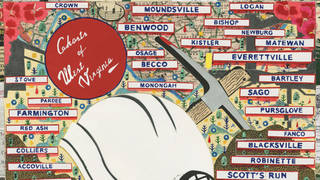