“We Are in Fear”: Undocumented Immigrant in Sanctuary Responds to Raids from Colorado Church

As immigrant communities face ongoing raids across the country, we speak with Rosa Sabido, one of dozens of undocumented immigrants living in churches across the United States. She entered sanctuary in May 2017 in the fellowship hall at United Methodist Church in Mancos, Colorado, after being told that her latest request of stay of deportation had been denied by ICE. She first came to the U.S. on a visitor visa in 1987 to see her mother and stepfather, who are both naturalized U.S. citizens. “We are in fear. We are on guard,” says Sabido. “We are on constant panic, and we don’t know what’s going to happen in our communities.”

AMY GOODMAN: This is Democracy Now!, democracynow.org, The War and Peace Report. I’m Amy Goodman. As immigrant communities brace for ongoing raids this week, sanctuary cities are also under attack. On Friday, the 9th Circuit Court of Appeals ruled in favor of the Trump administration’s push to withhold federal funding could withhold federal funding for local policing in sanctuary cities that refuse to comply with certain immigration policies, like giving agents access to jail records of immigrants in custody.

We’re going now to Mancos, Colorado, where we’re joined by a woman who’s been in sanctuary in the United Methodist Church since 2017. Rosa Sabido is one of dozens of undocumented immigrants living in churches across the country to avoid deportation. She says she first came to the United States on a visitor visa more than 30 years ago, in 1987, to see her mother and stepfather, who are both naturalized citizens. She says she traveled back and forth between Colorado and Mexico for a decade, until she was questioned by immigration officials about her visa and told her to leave the United States. Instead, she stayed and continued going to regular check-ins, requesting multiple stays of deportation, and was granted them until May of 2017, when she was told her latest request had been denied. That’s when she entered sanctuary.

For more on how she’s been impacted by the latest crackdown on immigrants, including the threats of nationwide raids, Rosa Sabido joins us now via Democracy Now! video stream, because she can’t go to a studio. She’s in sanctuary in a church in Mancos, in southwest Colorado, in the Four Corners.

Rosa, welcome to Democracy Now! Can you talk about why you’re in the church right now and, though you’re inside, what you feel as you hear about these threats of ICE agents moving in to take undocumented immigrants away and deport them?

AMY GOODMAN: Were you afraid this weekend? What stops ICE from entering the churches? I mean, you have Jeanette Vizguerra, who has taken refuge once again in the Unitarian church in Denver. You have women throughout Colorado in churches. Were you afraid, Rosa, this weekend?

ROSA SABIDO: Yes. We are afraid every day, not only this weekend. I mean, that raised our fear, because we are people with high profiles because we are going public and we are resisting the system. And even though we are in peaceful resistance, we still are—we are seen as fugitives, you know, in the eyes of ICE and the government. So, yes, we are always in constant fear. Every time we hear someone knocking at the door, it’s just, again, a moment of panic, because we don’t know who may that be. And if we don’t know who’s entering into the church, we don’t know who that person might be. So, yes, we are. And then, we are even more now, because, you know, nothing is secure anymore.

AMY GOODMAN: While you were in sanctuary, your beloved mother Blanca died of cancer. Our condolences on your loss. Can you talk about what that meant for you, being separated from her?

ROSA SABIDO: Well, she was my first priority to remain in the country because of her poor health conditions. You know, therefore, for me being in sanctuary, I was not able to be with her, take care of her, go with her to the doctor’s appointment, you know, be her interpreter as I always did, filling out paperwork, taking care of her—you know, the basics.

So, on a trip she did to Mexico, she decided to get treatment there. And because I was not able to be with her, unfortunately, she passed away on July 23rd of last year. And for me, you know, it’s—I’m paying like a very high price for this sacrifice and this fight that I’m—you know, this battle that I’m fighting in sanctuary. She was like my motivation. She was the reason why I wanted to remain, or one of the reasons, but the biggest reason. And now I wasn’t able to be with her. I wasn’t able to say goodbye. I haven’t been able to even mourn her, you know, her death. And it’s just like so—

AMY GOODMAN: Rosa, why did you decide to enter the church in 2017? I mean, you lived in this country for more than three decades. You were doing regular check-ins. The last one, under President Trump, was denied. Is that right? Why did you choose this mode of resistance?

ROSA SABIDO: Well, there was no other choice. I mean, it was just turn myself to ICE and just be at their mercy and maybe just be deported in a couple days and—or this option, to be in sanctuary. And it was not—you know, I never knew how long I was going to be in sanctuary. And I think the strongest reason is as you mentioned. You know, I have lived here 32 years now, 32 years of my life. You know, that’s over half of my life. And I’ve been a good citizen. I have been—contribute to the community. I have been working. I have never taken advantage of anything from the government. I don’t have any criminal records. I have been trying to become a permanent resident all those years. And so, I think those are enough reasons to remain and resist and keep fighting until the end.

AMY GOODMAN: Well, Rosa Sabido, I want to thank you so much for being with us. Rosa is undocumented, from Mexico. She has lived in this country for more than 30 years, regularly going to her check-ins. She took sanctuary at the fellowship hall at the United Methodist Church of Mancos, Colorado.

And special thanks to Laurel Smith, who took the photos and video that we’ve been showing for our TV audience around the world, of Rosa in sanctuary. And also a special thanks to my niece, Ariel Goodman, who presented Sanctuary Stories, which is a collaboration with Rosa Sabido and other women who have taken sanctuary, a multimedia storytelling collaboration with the women on the front lines of Colorado’s struggle for immigrant rights.

This is Democracy Now! When we come back, the climate catastrophe in Asia, Nepal, India, and on the shores of Louisiana. Stay with us. 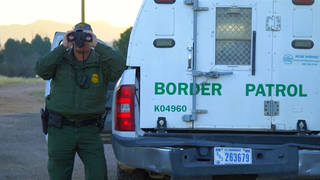