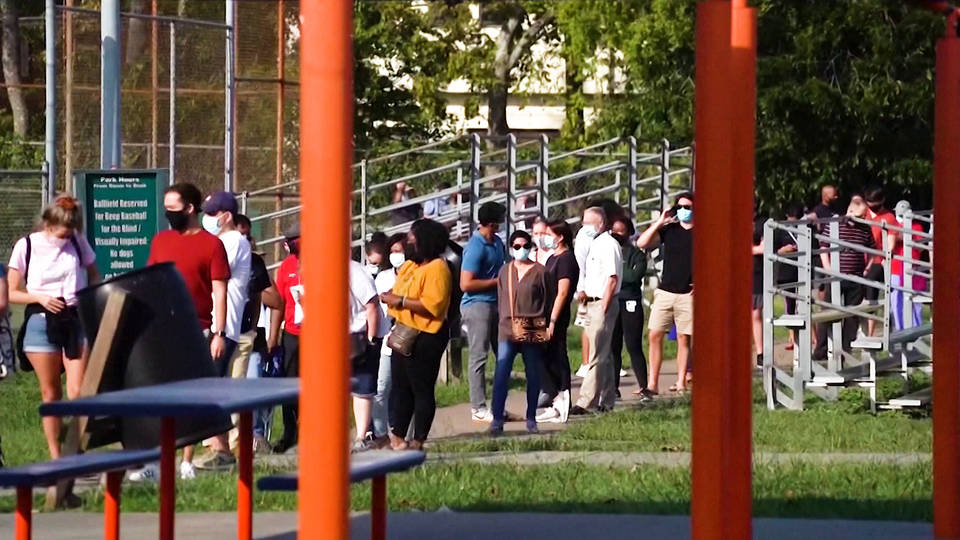 U.S. felony disenfranchisement will bar 5.2 million American citizens from voting in November’s election. That’s according to a new report by the Sentencing Project, which finds nearly 2.5% of the voting-age U.S. population is disenfranchised due to a felony conviction.

In North Carolina, a federal judge ruled Wednesday that absentee ballots submitted by mail must have a third-party witness signature. The ruling, which will make it harder for people to safely vote during the pandemic, was celebrated by North Carolina Republicans.

In California, Republican Party officials say they will refuse a cease-and-desist order to remove falsely labeled drop boxes for mail-in ballots from public locations in several counties. After California’s secretary of state threatened criminal prosecutions, Republican officials removed the word “official” from labels reading “official ballot drop off boxes” but said they would defy an order to remove the boxes entirely by Thursday. President Trump voiced support for the scheme, tweeting, “Fight hard Republicans. They have been taking advantage of the system for years!”