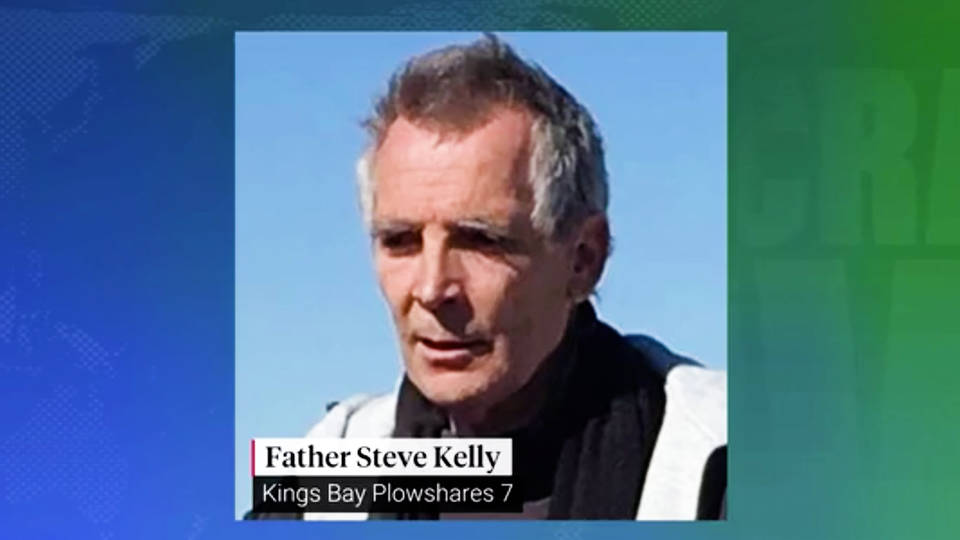 In Georgia, a Catholic priest has been sentenced to 33 months in jail for breaking into the Kings Bay Naval Submarine Base in Georgia to protest U.S. nuclear weapons policy. Father Steve Kelly is part of the Kings Bay Plowshares 7 — a group of Catholic peace activists who entered the base in 2018 armed with hammers, crime scene tape, baby bottles containing their own blood, and an indictment charging the U.S. government with crimes against peace. The base is home to at least six nuclear ballistic missile submarines, each of which carries 20 Trident thermonuclear weapons. Kelly has been locked up since his arrest on April 4, 2018, so he has already served nearly all of his 33-month sentence, which included time served. Another member of the Kings Bay Plowshares 7, Patrick O’Neill, is being sentenced today. Click here to see all of our coverage on the Kings Bay Plowshares.