Joe Biden’s nominee for defense secretary, retired four-star Army General Lloyd Austin, would make history as the first African American to lead the Pentagon if confirmed by the Senate. But Austin can only be confirmed if he secures a waiver from Congress due to laws designed to preserve the civilian control of the military, and several leading Democratic senators have indicated they would oppose granting a waiver. Andrew Bacevich, president and co-founder of the Quincy Institute for Responsible Statecraft, says he shares those concerns. “The general is not a civilian, and it seems to me if we’re serious about civilian control of the military — and we should be as citizens — that we ought to have a bona fide civilian in charge of the Pentagon,” he says.

AMY GOODMAN: We turn to look at President-elect Joe Biden’s nominee for defense secretary: retired four-star Army General Lloyd Austin. If confirmed, he would make history as the first Black defense secretary. General Austin can only be confirmed if first a waiver is secured from Congress, due to laws designed to preserve the civilian control of the military. Several Democratic senators, including Richard Blumenthal, Tammy Duckworth, Jon Tester and Elizabeth Warren, have indicated they would oppose granting a waiver to Austin. Three years ago, 17 Democratic senators voted against giving a waiver to General James Mattis when he was nominated by President Trump. Now there’s speculation some Democrats may vote against the waiver for Austin, but for his confirmation, while some Republicans may do the opposite. This comes as General Austin also faces scrutiny for his ties to weapons manufacturer Raytheon, whose board he sits on.

For more on Lloyd Austin’s nomination, we go to Walpole, Massachusetts, where we’re joined by Andrew Bacevich, president and co-founder of the Quincy Institute for Responsible Statecraft and a retired colonel and Vietnam War vet. Professor Bacevich is professor emeritus of international relations and history at Boston University.

It’s great to have you back. Why don’t you talk about your concerns about the general being the defense secretary?

ANDREW BACEVICH: Well, the general is not a civilian. And it seems to me, if we’re serious about civilian control of the military — and we should be as citizens — that we ought to have a bona fide civilian in charge of the Pentagon.

AMY GOODMAN: So, this goes back to 1947? Explain the law passed by Congress.

ANDREW BACEVICH: So, that was the National Security Act of 1947, which created the modern national security establishment, unified the armed forces, created institutions that we’re familiar with, such as the Joint Chiefs of Staff, and created the position of defense secretary. This was under Harry Truman’s administration. Truman himself was acutely sensitive to the importance of maintaining civilian control, and therefore, the creation of this reform, in establishing the position of defense secretary, he was emphatic, the law is explicit, that it will be filled by a civilian.

There have been two exceptions. The first occurred in 1951. This is during the Korean War, great military crisis. General Marshall, George Marshall, became defense secretary. The waiver allowing him to do that was approved. And then, the second time, as you just mentioned, was just recently with the appointment of General Mattis to serve as defense secretary by Donald Trump during the Trump presidency.

AMY GOODMAN: And talk about what civilian control means. I mean, for a lot of people, they may just say, “So, it’s the Pentagon. Why wouldn’t you have a general?”

ANDREW BACEVICH: Yeah, you know, just yesterday, I reread General — President, excuse me, President Eisenhower’s famous farewell address. This was the speech where he warned about the influence of the military-industrial complex. And there’s a phrase he uses — he’s addressing his fellow citizens — about the imperative of being watchful over the military to ensure that liberty and security may prosper together.

And that’s why I would — I’ve got nothing against Austin. I think he’s probably a good guy, a patriot, served honorably. But I have serious doubts that he has that appreciation for what liberty and security mean in the larger sense. And that’s why I think his appointment is a bad idea.

ANDREW BACEVICH: Well, you know, in a way, it’s hard to criticize Austin for this, because so many of them do it. I mean, you know, the three stars, the four stars, as soon as they retire, they start cashing in. And we’ve got these defense contractors, for whatever reason, this — you know, welcome the retired generals and admirals to their boards And that’s what Austin did. He’s only been retired for, I think — what? Four years? He’s made a ton of money. The money comes from defense contractors.

I find that all ethically very troubling, even though I have to acknowledge that what he did was not legally wrong, and, frankly, what he did is what so many of the rest of them do. But it is indicative of this incestuous relationship between defense contractors and senior members of the officer corps. And we ought to be uncomfortable with that, even though we’ve come to accept it as, you know, I guess, the way things are.

AMY GOODMAN: I wanted to switch gears a bit and ask you about the Costs of War project at Boston University, that came out with this new study that shows that the number of Afghan civilians killed in airstrikes led by the U.S. and allies have risen by 330% since 2017.

AMY GOODMAN: We also just reported on, what, 2019 alone, about 700 people were killed by airstrikes carried out by the Trump administration. And just yesterday, the report out of Jalalabad, the television journalist Malalai Maiwand was assassinated with her driver as they were on the road. What is happening in eastern Afghanistan?

ANDREW BACEVICH: Well, I think there’s been a bit of a charade going on —

AMY GOODMAN: I don’t mean eastern, but all of Afghanistan.

ANDREW BACEVICH: Yes. I think there’s been a bit of a charade going on — it really precedes Trump but continues under Trump — that the so-called endless wars are coming to an end. And the evidence for that is that the number of U.S. troops in Afghanistan and in other theaters of war has been going down. And when the number of troops go down, U.S. casualties go down, and the American public simply tunes out.

Well, what has gotten less attention, but that Costs of War report invites us to pay attention to, is that as troop levels go down, reliance on air power goes up. Reliance on air power goes up even in a time of precision munitions, you’re going to end up killing more civilians. And that is, in fact, what has happened. And it ought to be exceedingly troubling, except for the fact, as I suggested, the American public’s attention to wars involving the United States is determined by the number of U.S. troops that are being killed or being wounded. And right now in Afghanistan that number is very small.

AMY GOODMAN: Ten seconds. Do you expect Biden to be different when it comes to Afghanistan?

ANDREW BACEVICH: No. I think he is going to take office and say, “I will end endless wars,” and he will maintain so-called counterterrorism capabilities, small number of troops, continue to use air power, so the endless wars in places like Afghanistan will continue. I think that he’ll be putting his reform program at home in jeopardy if he doesn’t bring these wars to an end.

AMY GOODMAN: Andrew Bacevich, I want to thank you for being with us, president and co-founder of the Quincy Institute for Responsible Statecraft, retired colonel and Vietnam War veteran.

Robert Reich: Democrats Can No Longer Compromise with “Authoritarian” Republicans 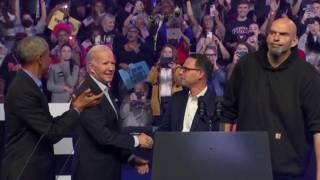 Robert Reich: Democrats Can No Longer Compromise with “Authoritarian” Republicans