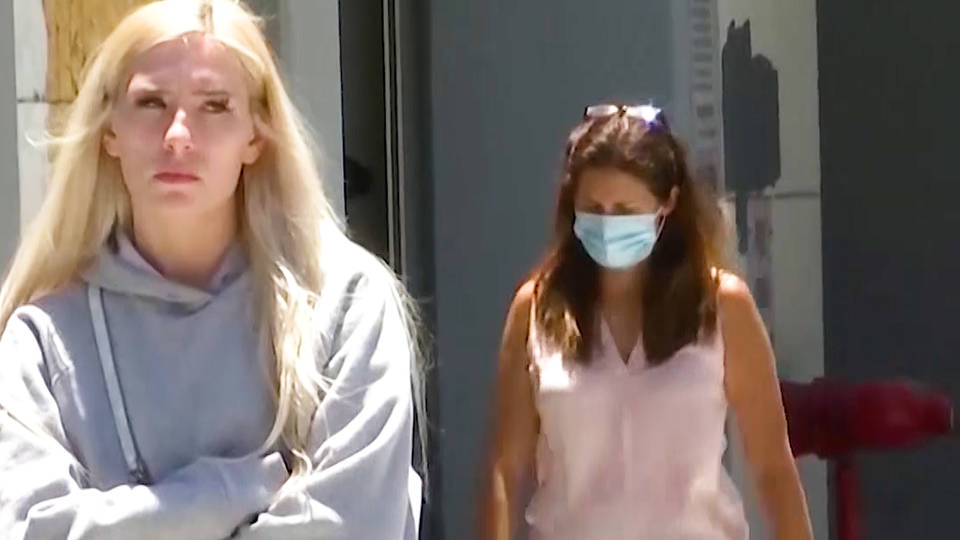 More states around the country are imposing new measures and rolling back their reopening as coronavirus cases continue to surge. The governors of Oregon and Kansas are mandating face masks for residents. Jacksonville, Florida, which will host August’s Republican National Convention, also said it will make face coverings mandatory. Trump moved the RNC from North Carolina over Governor Roy Cooper’s refusal to allow for a packed arena during the pandemic. Seven cities in Texas say they will impose orders mandating face masks.

Meanwhile, hospitals in Texas report a dire situation as cases surge. This is Dr. Peter Hotez, who says Houston is in a “race to the bottom” alongside Phoenix and a few other cities.

Dr. Peter Hotez: “We’re seeing this massive relapse, this resurgence, and it’s happening in all the major metro areas of Texas, and it’s very alarming. The rate of acceleration is extreme.”

A major hospital system in Houston reportedly stopped disclosing COVID-19 data after its ICU capacity hit 100%, and following conversations with Governor Greg Abbott in which he expressed concern over negative headlines.
In other news from Texas, three congressmembers — Joaquin Castro, Henry Cuellar and Sylvia Garcia — were potentially exposed to the coronavirus after coming into contact with an ICE employee last week at an immigrant prison in Dilley, Texas, who later tested positive.

In California, where COVID-19 cases surged by 45% over the past week and a record 8,000 new daily cases were reported Monday, Governor Gavin Newsom said over 1,000 prisoners at San Quentin have now tested positive — nearly a third of all prisoners.

Meanwhile, beaches in Los Angeles, as well as several Florida counties, will be closed for Fourth of July weekend.