The ACLU of Wisconsin is calling for top Kenosha law enforcement officials to resign in the wake of the police shooting of Jacob Blake, who was left paralyzed below the waist after a white officer shot him in the back seven times. The shooting has sparked mass protests in Kenosha and around the U.S., bringing renewed attention to racism and violence in the Kenosha police force. A damning video of Kenosha County Sheriff David Beth has surfaced from a 2018 news conference, when he described Black people accused of shoplifting and crashing a stolen car as “garbage people that fill our communities, that are a cancer to our society.” We speak with Chris Ott, executive director of the ACLU of Wisconsin, who says both Beth and Kenosha Police Chief Daniel Miskinis need to go. “When police and law enforcement go into communities in this militarized way, this heavy-handed way, it just inflames tensions, makes things worse and creates dangerous new situations,” says Ott.

AMY GOODMAN: We begin today’s show in Wisconsin, where the father of Jacob Blake said Thursday his son is being handcuffed to a hospital bed in Milwaukee, where he remains paralyzed from the waist down after he was shot seven times at point-blank range in the back by a Kenosha police officer. Jacob Blake Sr. said it remains unclear what charges, if any, his son faces. Jacob Blake is African American. The white officer who shot him, Rusten Sheskey, has been placed on administrative leave, has not been fired or charged with a crime. Protesters marched through Kenosha for a fifth straight night Thursday to demand Sheskey’s arrest, as Wisconsin Governor Tony Evers said Alabama, Arizona and Michigan were sending more National Guard troops to patrol the streets.

This all comes as Kenosha County prosecutors have brought six charges against Kyle Rittenhouse, the 17-year-old militia member who was filmed killing two people and injuring a third with an AR-15 assault rifle during protests in Kenosha Tuesday. If convicted on charges of first-degree intentional homicide and first-degree reckless homicide, Rittenhouse faces up to life in prison.

Calls are growing for the Kenosha police chief and county sheriff to resign, after police allowed Rittenhouse to leave the scene after gunning down protesters. Video has surfaced of Kenosha police offering militia members water earlier in the night and expressing their support for them. The American Civil Liberties Union also condemned Police Chief Daniel Miskinis’ comments blaming protesters for the deadly assault at a news conference on Wednesday.

POLICE CHIEF DANIEL MISKINIS: The curfew is in place to protect. Had persons not been out involved in violation of that, perhaps the situation that unfolded would not have happened.

AMY GOODMAN: Meanwhile, a damning video of Kenosha County Sheriff David Beth making racist comments has surfaced from a 2018 news conference. Beth described five people of color accused of shoplifting and crashing a stolen car as, quote, “garbage people that fill our communities, that are a cancer to our society.”

COUNTY SHERIFF DAVID BETH: Let’s put them in jail. Let’s stop them from truly, at least some of these males, going out and getting 10 other women pregnant and having small children. Let’s put them away. At some point, we have to stop being politically correct. And I don’t care what race, I don’t care how old they are. If there’s a threshold that they cross, these people have to be warehoused. No recreational time. … In this country, in this community, in this state, we have to get to the point that we no longer will put up with the garbage people that fill our communities, that are a cancer to our society.

We welcome you to Democracy Now! Can you lay out the latest, what your demands are and why?

CHRIS OTT: Thank you, Amy. We’ve, of course, seen this terrible pattern of excessive and deadly police force against Black men, women and other people of color, in particular, and then a really heavy-handed response to the understandable reaction and concern from the communities. And when police and law enforcement go into communities in this militarized way, this heavy-handed way, it just inflames tensions, makes things worse and creates dangerous new situations. Unfortunately, that’s what we’ve seen playing out in Kenosha all week, and that is why the ACLU has called for the resignations of the county sheriff and the police chief for their leading role in what’s happened.

AMY GOODMAN: What’s astounding is at these news conferences we’ve seen on Wednesday and then again on Thursday, they always lead with the protests and the protesters. You have the comments about the protesters being responsible for the murders on Tuesday night — that’s just extremely significant, to say the least — rarely talking about the police shooting of Jacob Blake, not to mention those murders.

CHRIS OTT: Right. It’s really troubling to hear. After seeing the terrible events that unfolded all week, starting with the shooting of Mr. Blake but then the killings on Tuesday night, to see law enforcement officials effectively blaming people for their own deaths is just outrageous and is making the situation even worse than it is.

AMY GOODMAN: So, what is happening with Jacob Blake right now, laying paralyzed in a hospital bed in Milwaukee but handcuffed?

CHRIS OTT: That’s what I’ve heard. I’ve seen the same reports that you have. And if that is true, then that is just adding a terrible insult to the terrible injuries that Mr. Blake sustained after being shot seven times in front of his children on Sunday.

AMY GOODMAN: And the officer, the white police officer, who shot Jacob Blake seven times point blank in the back?

CHRIS OTT: Well, we need a much stronger response than we’ve seen so far. We need justice in this case and so many others. And one of the things that’s really troubling, going back to the fatal shootings on Tuesday night, is the stark contrast between the way that Mr. Blake was treated on Sunday, effectively given no benefit of the doubt, and yet on the streets of Kenosha on Tuesday night we saw Sheriff Beth’s deputies not only fraternizing with white supremacist counterprotesters, but apparently, even though people were shouting that Kyle Rittenhouse — that they had seen Kyle Rittenhouse shoot two people, they let him go. The contrast there is just really stark, and that just shows the problem that we have all across the country.

AMY GOODMAN: So the ACLU is calling for the resignations of the sheriff and the police chief. What has been the response?

CHRIS OTT: I don’t know that we have seen a response from them so far, but we did this following the lead of organizers on the ground. So, we are working with people in the community on this, in consultation with people in the community. And we need to see — this kind of response that we’ve seen in Kenosha needs to end, and we need to see these resignations as a part of making that happen. [inaudible]

AMY GOODMAN: Well, Chris Ott, we want to thank you for being with us, executive director of the ACLU Wisconsin. And we’re going to find out now why the police department is not investigating itself. 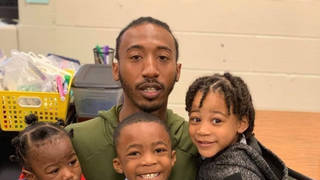