Today marks the 50th anniversary of the election of socialist President Salvador Allende in Chile, a significant moment in the history of political revolutions. We speak with Chilean American author, human rights defender and poet Ariel Dorfman, who was cultural and press adviser to Allende’s chief of staff in the last months of his presidency, about how the revolution used peaceful means to bring about radical change in Chile and beyond. “Allende’s revolution, which was a peaceful revolution, was the attempt to put the resources of the country and the future of the country into the hands of the majority,” Dorfman says.

Our next guest writes today in the Los Angeles Times, “Fifty years ago today, on the night of Sept. 4, 1970, I was dancing, along with a multitude of others, in the streets of Santiago de Chile. We were celebrating the election of Salvador Allende, the first democratically elected socialist leader in the world.

“President Allende’s victory had historical significance beyond Chile. Before then, political revolutions had been violent, imposed by force of arms. Allende and his left-wing coalition used peaceful means, proclaiming it unnecessary to repress one’s adversaries to achieve social justice. Radical change could happen within the confines and promises of a democracy,” he writes.

Ariel Dorfman went on to become the cultural and press adviser to President Allende’s chief of staff during the last months of his presidency in 1973. He continues, “I have often fantasized about how different the world would be if Allende had not been overthrown, three years later, in a bloody coup. I wonder where humanity would be if his peaceful revolution had been allowed to run its course and become a template for other countries.”

Those words from today’s op-ed in the Los Angeles Times by our Ariel Dorfman, the Chilean American best-selling author, human rights defender, playwright, poet and distinguished professor emeritus of literature at Duke University, joining us now from Durham, North Carolina.

We welcome you back to Democracy Now! Talk about what happened 50 years ago, the way the word “socialist” is thrown around in the United States today by the leaders of this country, and what you see are the lessons from Chile.

ARIEL DORFMAN: Well, it’s great to be back with you, Amy.

Allende’s revolution, which was a peaceful revolution, was the attempt to put the resources of the country and the future of the country into the hands of the majority. Chile had been a country that had had incredible poverty, where most of our resources were controlled from abroad, many by American companies, where the land was not tilled by the people — was tilled by the people, but those people didn’t get the riches or prosperity that they had. And Allende basically was a movement for social justice and for putting in the center of history the real protagonist of that history, which are the everyday men and women who built the country, I mean, the essential workers — right? — that are now so praised but who are generally left behind and neglected and forgotten.

So it was a moment in history which is very, very important, because Allende was saying to the world, “We do not need to repress, eliminate, censor our adversaries. We don’t need to kill other people, in order to have social justice. We can do this through peaceful means.” And so, Allende joins Gandhi and Martin Luther King and so many other wonderful people of history saying there is a way of changing the reality, of changing everything, everything that — we don’t have to leave the world in the same way in which we found it. We can create a different world ahead of us. And it was a wonderful experiment. It was an experiment that lasted 1,000 days. But in those 1,000 days, wonderful things happened.

AMY GOODMAN: So, I wanted to go to today, to the Republican National Convention, to the former governor of South Carolina, then the U.S. ambassador to the United Nations, Nikki Haley.

NIKKI HALEY: A Biden-Harris administration would be much, much worse. Last time, Joe’s boss was Obama. This time, it would be Pelosi, Sanders and the Squad. Their vision for America is socialism. And we know that socialism has failed everywhere. They want to tell Americans how to live and what to think. They want a government takeover of healthcare. They want to ban fracking and kill millions of jobs. They want massive tax hikes on working families. Joe Biden and the socialist left would be a disaster for our economy.

AMY GOODMAN: So, that’s Nikki Haley. And, of course, President Trump repeatedly talks about socialism. This was the State of the Union.

PRESIDENT DONALD TRUMP: Tonight we renew our resolve that America will never be a socialist country.

ARIEL DORFMAN: Well, listen, I would be glad if America were a socialist country, because then people would not be starving. There wouldn’t be racism in the way we’ve got it. Everyone would have healthcare, and the economy would be much, much better off.

And, you know, when your previous guest, Professor Stanley, spoke about fascism, I remember two very different things. First of all, the whole campaign against Allende during the Allende government was exactly what Professor Stanley is speaking about, but exactly, you know? That we are diseased, the law and order, we’re going to come — we’re going to rape your women. The socialists are going to rape your women. Well, of course, the people who ended up raping women and children were the fascists who took the reins of government after they overthrew Allende. So, they spoke about foreigners infiltrating the country. They spoke about the nationalism. They spoke about sexual unease. Every one of those little fascist things that you mentioned there was part of the campaign against Allende, which was in great measure paid for by the CIA and Nixon and Kissinger. Besides that, after, when Pinochet took power on September 11th, 1973, the whole policy of the Pinochet government was exactly what Professor Stanley is saying, taking the exact same points.

So, socialism isn’t a problem that’s ahead, you know? But people will have to decide whether sweeping change is going to come. And I think that the country is ready for those sweeping reforms, just like the sort of sweeping reforms that we had to do in Chile, because there are moments when you need to change things drastically in order to make things better. And, in fact, Joe Biden and Harris are the party to security. In fact, they’re the party of stability, not the party of chaos. If anybody is creating chaos, it is people like Donald Trump and all his enablers. And they will go down in history as accomplices to murder.

AMY GOODMAN: I daresay that you —

AMY GOODMAN: Well, let me ask you about the U.S. topping 6 million cases of coronavirus, 187,000 deaths, could be 400,000 by January 1st. You say the pandemic is teaching Americans what it’s like to live in exile. Explain.

ARIEL DORFMAN: Yes, I think that we are — you know, I’ve lived in exile a great part of my life, and I’ve been an immigrant a great part of my life. And we are used to distancing. We are used to discovering in distance the capacity that we have to connect with one another, the capacity we have — if you think about the immigrants, immigrants have come into a country, and when we come into this country, we see everything with new eyes. And I’m suggesting that that experience is one which Americans are going to have to have.

In fact, I’m suggesting that even confinement may lead to enormous advances in literature and art, some of the greatest art. I have a novel that just came out called Cautivos, which is about Cervantes in the jail of Seville. And he created the greatest novel of all time, Don Quixote de la Mancha, right? And he created it in circumstances of confinement, of extreme confinement. And some of the greatest literature has been done either in exile — in other words, when you’re distanced from others, when you’ve lost everything, when you’ve lost your country and you have to refound everything, you have to rethink everything — or in confinement, when you’re isolated and you have time to look into yourself and say, “What is the real meaning of life? What is real happiness? How will we connect with one another? How will we seek and imagine a different sort of future?”

So, those are things that, strangely enough — you know, I’m an optimist. I think it’s terrible, what’s happening. I would not wish it on the worst of my enemies, this pandemic we’re living through. But it is a chance for us to think again about what it means to be isolated, what it means to lose a country, what it means to lose everyday life, what it means not to go to the funeral of the people we love, not to be able to hug the people we love — like immigrants all over the world. We can’t do that, right? We’re separated from ourselves. And yet, from that pain, I think that new things can be born. We’re like phoenixes in that sense. We rise from the ashes. And we rise from the ashes with our imagination, with our compassion, with our ability to think and to rethink the world in a different way.

I think that’s what’s really, really going to happen in the next few months. We have to decide whether we’re going towards a different sort of future, imagine the possibility of that future, or whether we’re going to get in a stranglehold of a past and die in that. And many people will die because of it. I mean, death is on the ballot. Death is on the ballot this November. It is a matter of life and death, what’s going to happen.

AMY GOODMAN: Ariel Dorfman, I want to thank you for being with us, Chilean American best-selling author, human rights defender, playwright and poet. We will link to your op-ed in the Los Angeles Times today headlined “I danced in the streets after Allende’s victory in Chile 50 years ago. Now I see its lessons for today.” He was the cultural and press adviser to President Allende during the last months of his presidency in 1973. Salvador Allende died in the palace in Santiago September 11th, 1973, as the authoritarian dictator Augusto Pinochet, supported by the Nixon government in the United States, rose to power. Pinochet would kill thousands of people in the years to come.

This is Democracy Now! When we come back, we remember David Graeber in his own words. Stay with us.

“We Are the 99%”: Occupy Wall Street Activist & Author David Graeber, Dead at 59, in His Own Words

NEXT“We Are the 99%”: Occupy Wall Street Activist & Author David Graeber, Dead at 59, in His Own Words 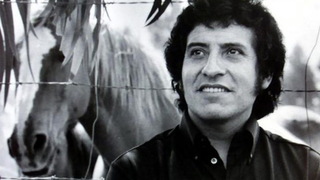