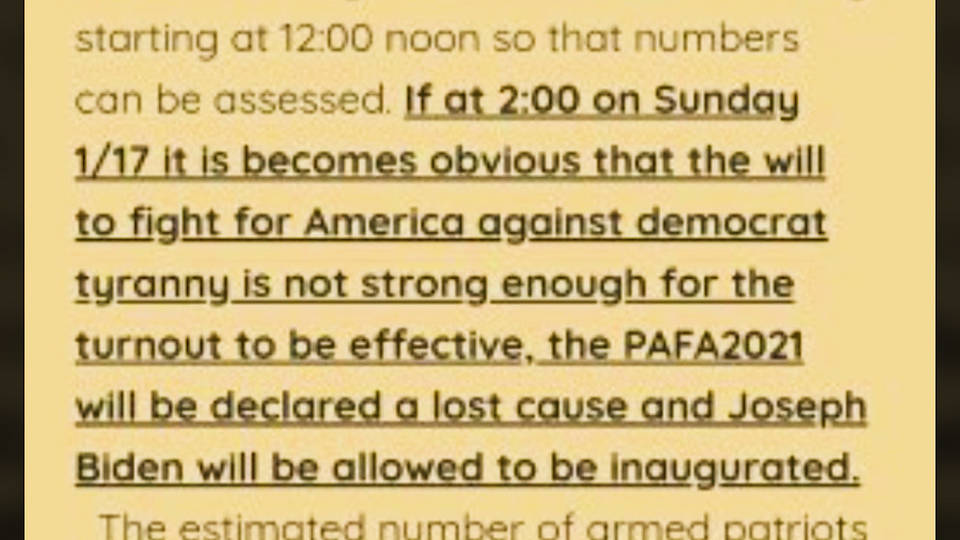 Around the country, law enforcement and the military are looking into whether their members took part in last week’s violent attack. Philadelphia transit police is investigating seven officers who took part in the siege. The FBI has opened some 170 cases on individuals involved in the assault and says hundreds more will be opened in the coming weeks. Over 70 people have been charged so far. This comes as the FBI is warning Trump loyalists plan to hold armed protests nationwide ahead of Biden’s inauguration next week. Screenshots of archived content appear to show plans for mass armed actions in Washington, D.C., this weekend. The plans, posted by The Patriot Action for America, involve sending 15,000 armed extremists to surround government buildings and lock down central D.C.